Back Next
Building App
Start your search here for domestic violence programs and shelters near you.
Learn More Got it
Home Articles Identifying Abuse A Guide to Coercive Control 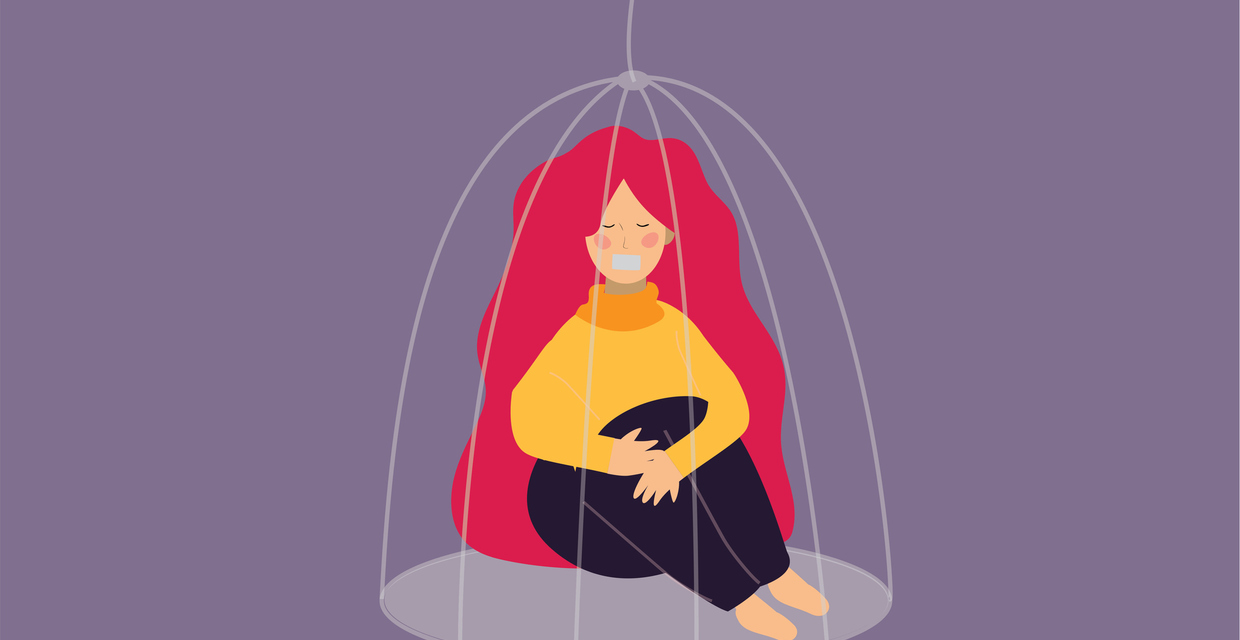 Coercive control refers to any pattern of behavior an abuser uses to dominate their partner and limit their freedom. It can include physical abuse and emotional abuse, but often, coercive control is more subtle. Abusers use coercive control tactics to control their partners through isolation, gaslighting, monitoring and more. And the practice is present in almost all cases of domestic abuse.

Evan Stark, Ph.D., a forensic social worker and author of Coercive Control, estimates between 60% and 80% of female domestic abuse survivors have experienced coercive control beyond physical and emotional abuse. And a brief on the subject by Andrea Silverstone, RSW, executive director of Sagesse Domestic Violence Prevention Society in Canada reports more than 95% of domestic violence victims experience coercive control.

What Are Coercive Control Tactics?

Coercive control is a pattern of oppressive behavior intended to control someone and strip away their sense of self. In addition to physical and emotional abuse, coercive control can include:

Who Uses Coercive Control and Who Is at Risk?

“Sexism makes a relationship in which a man dominates a woman seem unremarkable. Even when we raise girls to have a career, we still usually raise them to take care of others’ well-being before their own. Girls and women learn to sacrifice to make those around them happy.

“Society also tends to idealize romantic love as being the most important aspect of a woman’s life. So you have a woman who aims to please and will do anything to make her relationship work. And then she’s paired up with a man who has been raised to get his needs met. It’s a recipe for coercive control.”

Learn more about the demographics surrounding coercive control, including how it affects men and people in same-sex relationships in “More About Coercive Control.”

Are There Laws Against Coercive Control?

That depends where you live. European countries seem to have a better understanding of the harms of coercive control. England, Scotland, Ireland and Wales all have adopted legislation making it a criminal offense. In April 2021, Canada’s House of Commons assigned a task force to make a recommendation on the subject within the year.

The U.S. has been slower to act. No federal legislation has outlawed coercive control, and only three states have acted on the subject to date. And so far, only Hawaii and Connecticut have specific coercive control laws. California passed legislation allowing evidence of coercive control to be entered into family court and for the purposes of gaining a restraining order. New York is considering making coercive control a felony, but the bill hasn’t passed yet. Maryland and South Carolina are considering bills of their own.

How Do You Escape Coercive Control?

When you’re ready to leave an abuser, reach out to an advocate at a hotline to talk about your options, such as an order of protection, to formulate a safety plan and to get help deciding how it’s safest to leave.

We've prepared a toolkit “Am I Experiencing Abuse?” to help you understand even more what domestic violence is so you can better assess your relationship and understand your situation.

How Do You Report Coercive Control?

Coercive control may not be explicitly outlawed in every state, but that doesn’t mean it isn’t a red flag. In a review of intimate partner homicides in New South Wales, Australia, 100% of cases involved prior coercive control while just over half of offenders had previously been physically violent toward their partners. In other words, violence doesn’t always escalate incrementally. In more than 40% of intimate partner homicides, offenders who had previously used coercive control against their partners killed them with no reports of physical violence in between.

If you believe you are in immediate danger, call 911. To report abuse that isn’t an emergency, gather your evidence, including any evidence of non-physical abuse, and call your jurisdiction’s non-emergency line. You can also and/or alternatively choose to file for an order of protection (also called a restraining order). Consult a domestic violence advocate if you have questions about which option is right for you.

How Do You Document Coercive Control?

Coercive control is often a nonphysical abuse tactic and doesn’t leave behind bruises, black eyes, broken bones or other injuries that could be photographed and used as evidence later. There are seldom police reports or medical documents associated with coercive control. So how can a survivor show proof of coercive control if they decide to press charges, file for a permanent order of protection or want to bring up abuse in family court during a custody trial?

Here are some different ways to prove nonphysical abuse in court but note that laws surrounding what is admissible as evidence vary by state.

How Do I Know If I’m Being Gaslighted?


Gaslighting is a big part of coercive control, when the abuser tries to make you doubt your reality or tries to convince you abuse isn’t happening or isn’t nearly as bad as you believe it to be. That’s why it’s important to journal incidents that occur, including specific conversations that were had, so that you can go back later and check your memory with the notes you’ve taken, proving to yourself that you’re not imagining things, licensed psychologist Kate Balestrieri, Psy.D., told DomesticShelters.org.

Survivors should also try to prevent themselves from being isolated, says Balestrieri. Reach out to family and friends regularly. If it’s safe to do so, disclose the abuse to someone else for a “reality check,” asking them if it really isas controlling and dangerous as it feels.

Finally, consider a support group for survivors of domestic violence where you can undoubtedly find a neutral third-party opinion, helping to rebuild your trust in your intuition. There are an array of online support options in “Can Virtual Support Groups Help You Heal?”

Is There a Way to Stop Coercive Control?

When you’re the victim of abuse, it’s important to remember that it’s never your fault. Abuse is a choice the abuser makes. Nothing a survivor is doing or not doing causes a partner to control or abuse them, and only an abuser can choose to alter their behavior. The best thing to do for survivors is to find a good support system and get to a safe place before the control escalates into physical violence.

According to Fontes, ending coercive control actually starts in childhood.

“We need to raise boys to treat others with kindness and respect rather than violence and control. We need to teach boys that their needs and desires are not all-important and teach them to handle disappointment. We need to stop making girls responsible for the feelings of all those around them. We need to teach children that every person has a right to his or her own feelings and opinions and it’s okay if we don’t always get what we want. We need to teach young people how to bounce back when their relationships end. And we must convey that love does not pardon all.”