Back Next
Building App
Start your search here for domestic violence programs and shelters near you.
Learn More Got it
Home Articles Survivor Stories Survivor Tara Overcomes Abuse, Fights to Keep Her Children 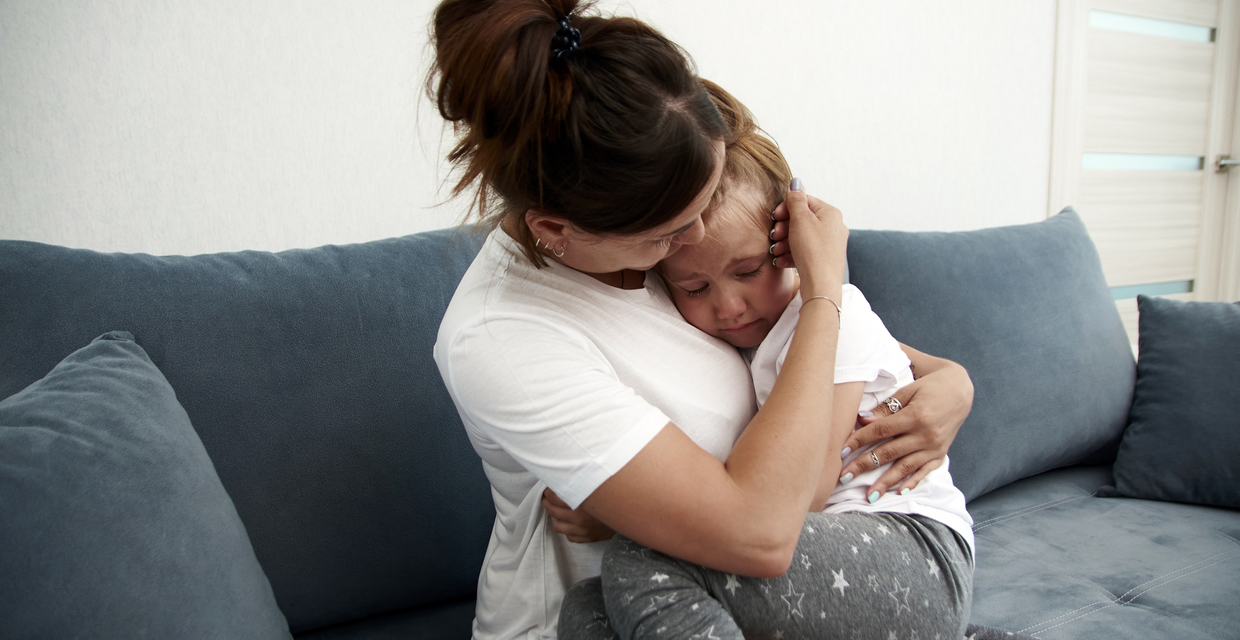 In 1996 Tara Coronado broke off an engagement with “a really nice guy” who just wasn’t the right guy for her. And, while thinking about the relationship, she half-jokingly told her brother she needed to date someone who would treat her like crap so she would appreciate the nice guys.

Coronado never got to move on to the nice guys. Instead, she married a guy whom she met when he spoke to her class while she was studying for a law degree.

“Everybody warned me, ‘Don’t do it.’ There were red flags everywhere,” she said.

Three months into their relationship, her now ex-husband assaulted her for the first time. In a fight at a party, he threw her against a bathroom sink and choked her. When her brother saw her bruises he called the police, and Coronado began the process of pressing charges. But a week later, she found out she was pregnant.

“We broke up, and I was going to run off and have my baby, and he turned on the charm. He talked me into moving in with him, and then he talked me into eloping,” she said. “I thought it was a better choice. But things never really got better. I never trusted him.”

Over the years the couple fought, sometimes violently, often about money and his infidelity. But Coronado hardly had time to think of leaving him. The babies kept coming—four children in five years. She told herself she could put up with the violence because she only saw her husband a few times a year—he was away on business a lot … or, at least, that’s what he told her. She discovered later that some of those business trips were cover stories hiding his affairs.

And they were well-off, financially. Their lives were filled with private school and a swimming pool and ski trips. “I grew up in a trailer court in Gallup, New Mexico. So that was pretty nice,” Coronado said.

Looking back, she regrets that her children were exposed to abuse and their father’s affairs. “I have a lot of shame that I traded their innocence for material things instead of taking them to safety,” she said.

The Uphill Battle to Keep Her Children

By 2012 her husband had met his current wife, was living a double life, and had filed for divorce. His new partner was wealthy and well-connected, and her family’s philanthropic connections made it tough for Coronado to find support from legal aid organizations. “I would reach out for help,” she said. “And they would go silent, or I would get a letter that said, ‘I’m sorry, we can’t help you.’

Coronado suspected that her husband wanted to terminate her parental rights. She was required to undergo psychological evaluations that first alluded to her having bipolar disorder but later said she had borderline personality disorder, a serious mental health condition with mood swings and erratic behavior. “That’s the kiss of death in family court,” she said.

The borderline personality disorder label stuck even though her psychiatrist and two other forensic psychologists said she was suffering from a different mental health condition, post-traumatic stress disorder (PTSD).

She acknowledges that she said and did things that worked against her in court. “I was not a sympathetic victim. I didn’t help myself. I was easy to engage,” she said. “It took me a long time to even articulate that there was trauma. It was hard for me to own that the trauma had so altered and invaded who I was and how I was responding.”

The courts ruled against her, and Coronado lost primary custody of her three sons. Her ex didn’t fight for custody of their daughter, so she stayed with Coronado.

The Struggle to Stay Connected to Her Children

Along with the borderline personality disorder diagnosis, Coronado faced a scary accusation. When she charged her ex with abuse, he countered that she was falsifying the charges to try to prevent him from having contact with his children. That tactic is a contested theory called “parental alienation.”

The fallout from that charge meant she had only supervised visits with the boys for a year, which cost her thousands of dollars. She had to pay $7,000 for the supervisor, and she estimates she spent another $5,000 to $6,000 on crafts, puzzles and games so she could get down on the floor and engage with her sons.

“I don’t know how I survived a year of supervised visits,” she said. “I dreaded them. I cried before them. I cried after them. But we got through them.”

And her daughter wasn’t allowed to join her brothers on supervised visits, so the siblings couldn’t all be together. The supervised visits finally ended, and the boys could join her at home every other weekend. But around that time, at her ex-husband’s request, the court approved a year-long residential treatment program for her daughter in Utah—the type of program Paris Hilton wants to see regulated. When her daughter returned, one of her sons was sent to a similar treatment program. “It was just so much sending kids away,” Coronado said. “I had fought as best I could in court not to have them sent away.”

Coronado documented everything. She sent emails to herself to track details. And she saved photos that recorded her abuse.

Along with the divorce and the custody issues, there was a criminal case against her ex for assault. He had signed a plea agreement for the case, and after lengthy battles, Coronado sued her county to see that plea agreement. Though she remains under a non-disclosure agreement, she says the case put her on more equal footing with her ex—custody was 50/50. “My life got much better,” she said.

Coronado appreciates the support that she received throughout her legal battles. “I know that my ability to put my life back together and maintain my relationship with my children hinges greatly on the fact that [I have] such tremendous pro-bono legal support. I would not be standing here today without their assistance,” she said.

Speaking to Coronado, her poise, confidence, and intelligence shine through. She comes across as a loving mother, closely connected with her children. Her kids still interact with their father, and she admits that’s a struggle for her.

Her children are now 22, 21, 18, and 16, and they are all coping in their own ways. “We still have some abandonment issues that pop up in interesting ways. But we are working on it,” she said.

Her oldest two children are now in college and spend time with her regularly. Her third lives with her full-time, and the youngest splits his time between the two households.

She points to a few different factors that have helped her heal and move forward from the abuse she faced. She has spent a lot of time in therapy, working through her trauma. She found Eye Movement Desensitization and Reprocessing (EDMR) helpful, as well as emotional transformation therapy, which helped her unearth emotions.

She launched a project management career after her divorce. And that helped her emotionally as well as financially. “Being good at something and getting validated for that was a feeling I hadn’t had in a while.”

Time and distance also help. “Every day I don’t have to interact with him is a day I’m on more solid ground,” she said.

She reconnected with friends—some that she hadn’t talked to in 20 years. “When you’re in a [relationship with an abuser], your partner cuts off everything. You’re alone,” she said.

And she points to an unusual place that helped her heal. Kathryn Joyce wrote a long article about Coronado’s case, called “She Said Her Husband Hit Her. She Lost Custody of Their Kids,” in The Marshall Project. Coronado was open and honest in the article, but she was worried about the repercussions she might face once it was published.

But once her story was out and the initial attention died down, her ex left her alone. “Our lives went back to being relatively normal,” she said. “All of the craziness just kind of stopped. We’re not being dragged into court. Nobody’s being sent away. We all felt like we could breathe.”