Back Next
Building App
Start your search here for domestic violence programs and shelters near you.
Learn More Got it
Home Articles Identifying Abuse What is Physical Abuse? 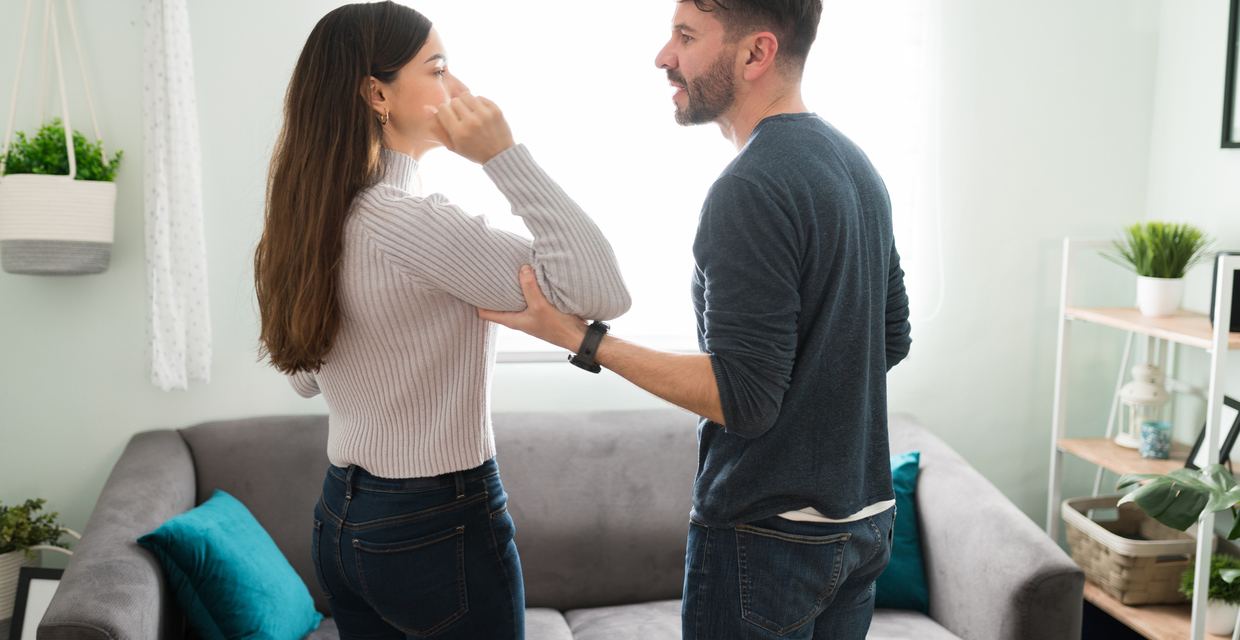 Physical abuse in a relationship is any type of intentional violence done by a partner, spouse or family member with the intent to assert power and control over someone else. It is an unmistakable red flag of domestic violence and often escalates in severity over time and can lead to homicide.

What Does Physical Abuse Include?

Physical abuse can include any time a partner touches your body with the intent to harm, or without consent. Most often, it’ll look like:

Who Is at Risk?

Those ages 18-24 are at highest risk of intimate partner violence, according to statistics, but physical abuse can be targeted at anyone, from children to teens to the elderly, as well as pets. Any gender or sexual orientation can be the target of physical abuse, and studies show that abuse is nearly just as widespread in LGBTQ+ relationships as in heterosexual relationships.

By and large, domestic violence is most often perpetrated by a male toward a female victim. According to the Centers for Disease Control and Prevention (CDC), 1 in 5 women report having been the victim of severe physical violence from a partner in their lifetime, though advocates agree domestic violence is vastly underreported so this number is likely higher.

According to the National Intimate Partner and Sexual Violence Survey, the most common forms of physical violence against women who have experienced intimate partner violence in their lifetime are being pushed or shoved (27.5%), slapped (20.4), slammed against something (17.2%), hit with fist or something hard (14.2%) and being beaten (11.2%).

The World Health Organization says abusers who target pregnant partners are particularly more dangers and, likewise, more likely to commit homicide. In fact, the National Institutes of Health found that homicide was the second-leading cause of injury-related death for pregnant women, after car accidents. More than two-thirds of pregnant victims are killed during their first trimester.

Domestic violence during pregnancy can increase a woman’s risk of preterm labor, miscarriage and low birth weight. After pregnancy, the effects of domestic violence can result in difficulty for the mother bonding to a baby and breastfeeding, as well as increased levels of stress, anxiety and/or depression in the mother.

The Effects of Physical Abuse Last Longer Than the Bruises

Unfortunately, the effects of physical abuse don’t end as soon as a bruise or black eye disappears. Physical abuse can often cause long-term negative effects on a victim’s health, including:

After blows to the head, especially repeated blows, such as when an abuser slams a victim’s head into a wall or floor more than once, or after strangulation, especially incidents in which the victim loses consciousness (this can happen after just 10 seconds of an abuser’s hands around a victim’s throat), a victim is at risk for a traumatic brain injury, or TBI. The effects of a TBI may not show up right away, so it’s important that victims seek medical attention if they notice any of the following symptoms:

Recovering from a mild TBI is possible with the right self-care, though it won’t be a quick process. Learn more by reading “How Strangulation Effects the Brain,” and “New Brain Injury Study Focuses on Survivors of DV.”

A survivor may be tempted to write off an abuser’s behavior as just an “explosive temper,” because perhaps that was normalized in their childhood. Or maybe the abuser continues to assure them it’ll never happen again, they’re getting help, or they just need one more chance to prove themselves. There are myriad reasons why a survivor can find it difficult to separate from an abusive partner (in fact, here are 50 possible reasons).

But the fact remains, abuse almost always escalates, and the longer a survivor stays, the more at risk they are for becoming a homicide statistic.

In 1986, Jacquelyn Campbell, PhD, RN, domestic violence advocate and professor at the John Hopkins University School of Nursing, developed a tool called “The Danger Assessment.” Working with law enforcement and clinical experts on abuse, and garnering input from domestic violence survivors, she made a list of 20 vitally important questions that she thought could predict the level of danger a survivor was facing and whether or not they were facing a high risk of being killed by their partner.

If you believe your partner is abusive, ask yourself the following questions and record how many Yes answers you give. The higher the number, the more at risk you may be—it’s important to speak to a trained domestic violence advocate or health care professional about what your score means in relation to your situation.

1. Has the physical violence increased in severity or frequency over the past year?

3. Have you left him after living together during the past year?

5. Has he ever used a weapon against you or threatened you with a lethal weapon? (If yes, was the weapon a gun?)

6. Does he threaten to kill you?

7. Has he avoided being arrested for domestic violence?

9. Has he ever forced you to have sex when you did not wish to do so?

11. Does he use illegal drugs? By drugs, I mean "uppers" or amphetamines, “meth”, speed, angel dust, cocaine, "crack", street drugs or mixtures.

12. Is he an alcoholic or problem drinker?

13. Does he control most or all of your daily activities? For instance: does he tell you who you can be friends with, when you can see your family, how much money you can use, or when you can take the car?

14. Is he violently and constantly jealous of you? (For instance, does he say "If I can't have you, no one can.")

15. Have you ever been beaten by him while you were pregnant?

16. Has he ever threatened or tried to commit suicide?

17. Does he threaten to harm your children?

18. Do you believe he is capable of killing you?

19. Does he follow or spy on you, leave threatening notes or messages, destroy your property, or call you when you don’t want him to?

20. Have you ever threatened or tried to commit suicide?

You can also find a list of other assessment tools here.

What If It Happened Once and They Apologized?

Sure, sometimes, a non-abusive partner can lose their temper, but there is never a valid reason to inflict harm on a partner. As a general rule, physical abuse equals abusive partner. Other hallmarks of abusers are that they generally don’t show remorse after a violent incident, they deflect blame onto the victim or someone else, they blame drugs or alcohol, they pretend it didn’t happen at all, they repeat the abusive behavior again and/or they escalate the abuse.

It may be helpful to keep a journal of abusive incidents so it’s easier to see a pattern. A log may also help as evidence in court later on if you choose to get an order of protection. See more ways to document abuse here.

As a general rule, if a partner makes you feel unsafe, nervous, anxious, afraid, isolated, controlled, silenced, degraded or trapped, this is a sign of abuse and you should reach out to someone you trust for help, or contact a domestic violence advocate from a safe place.

What If You Can’t Call for Help?

Some survivors are being constantly monitored by an abusive partner or suspect there is spyware on their devices. Calling a domestic violence hotline may put them in more danger. But remember, seeking help could save your life, so try to think of a way that you can reach someone to talk about safety planning and possibly leaving.