Back Next
Building App
Start your search here for domestic violence programs and shelters near you.
Learn More Got it
Home Articles Ending Domestic Violence A Guide for Male Survivors of Domestic Violence 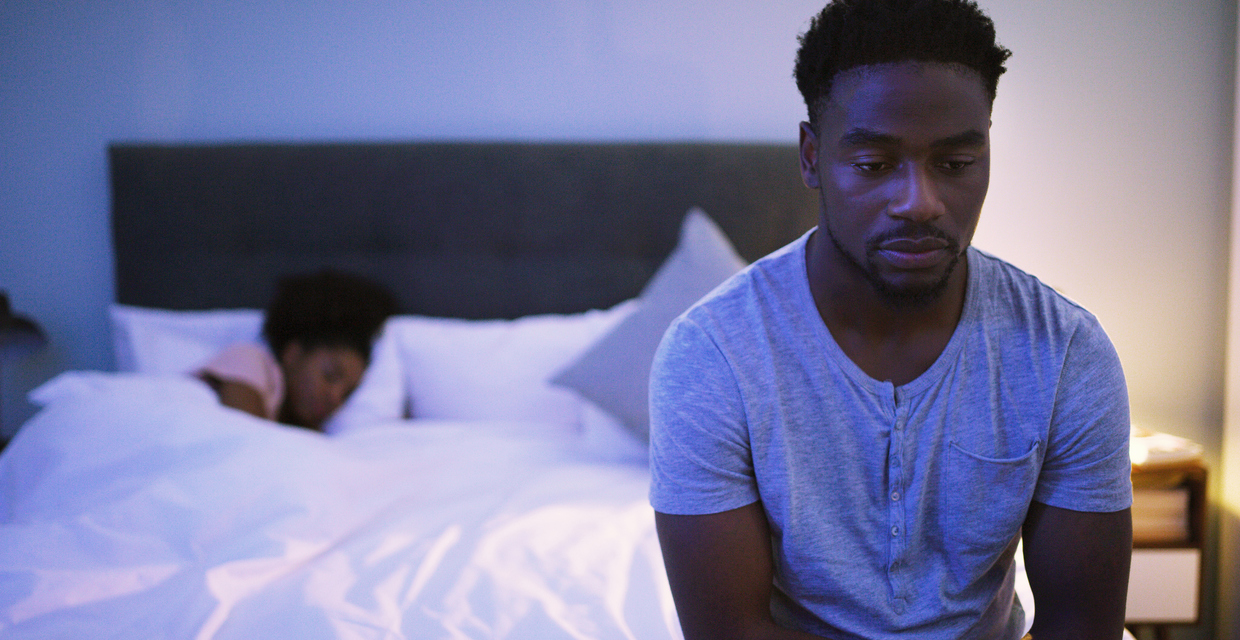 When it comes to domestic violence, the conversation typically focuses on women as victims and men as perpetrators. After all, women make up at least 85 percent of the victims, and most often at the hands of male abusers.

But this doesn’t mean that abusive female partners don’t exist; they do. And men can be victims of domestic violence. The exact numbers are hard to confirm for multiple reasons, one of which is domestic violence in general is vastly underreported by victims, many of whom feel scared or ashamed to disclose. And many may not realize at the time that what they’re experiencing is abuse—nonphysical abuse including verbal, psychological and financial abuse is difficult to measure through statistics.

Yet male-identifying individuals are abused by partners on a daily basis, both gay and straight men of all educational, socioeconomic and cultural backgrounds, as well as all ages. Men can be abused by their female or male partners, or be victims of childhood domestic violence, in which they grow up in an environment where a caregiver is abusive.

Male survivors of domestic violence can feel a stigma to be the “strong male” who should be able to fight back against an abusive partner, especially when that partner is female. They may also be afraid to come forward because it means disclosing a same-sex relationship that they’re not ready to be open about. Male victims may also face discrimination from police or domestic violence shelters that are skeptical of their accounts of abuse. There are not as many shelters that house male survivors as female, though more shelters are setting aside beds for men, and those that don't have capacity to house them offer other services uch as counseling, support groups and financial and lay legal assistance. Search for shelters near you here that offer services for men.

Men Can Be Victims of Power and Control Dynamic, Too

Male survivors of abuse can identify domestic violence by the same hallmarks of abuse as other victims endure. These can include:

Male Domestic Abuse Survivors Who Have Shared Their Stories

To understand what male victims of abuse endure, it can help to read survivor stories told by men. DomesticShelters.org has interviewed a handful of male survivors over the year.

Statistics show that 26 percent of gay men and 37 percent of bisexual men—compared to 29 percent of heterosexual men—have experienced rape, physical violence, and/or stalking by an intimate partner at some point in their lifetime. And male rape victims and male victims of non-contact unwanted sexual experiences reported predominantly male perpetrators.

Men abused by a male partner face additional barriers to leaving. They’re often left out of the domestic violence narrative—most resources are targeted at the main demographic of survivor, which is women in heterosexual relationships. Abusers of gay men can use this against their victim, threatening to out their partner to family, friends, their place of employment or the military if that person reports the abuse.

Abusers can also use a partner’s HIV status to control and intimidate a survivor. Though individuals of all sexes and sexual identities can be HIV-positive, the highest percentage of survivors living with HIV are gay and bisexual men.

“One of the scariest things for individuals is the thought that their partner will share their status with social media, their families, friends and individuals that do not know their status,” Jaasiel Chapman, infectious disease researcher and community educator at the University of Cincinnati, told DomesticShelters.org. “Struggling with domestic violence is hard enough, but then when you double it with living with HIV, it makes everything a little harder.”

Nearly half of stalking victimizations against males were also perpetrated by males. Stalking is often a glaring red flag to indicate that domestic abuse is escalating to a very dangerous level.

There are certainly many different factors that contribute to domestic violence. A toxic culture of masculinity is one, a reinforcing belief system that men should have power and control at all times. But this does not apply to female abusers, so what is their impetus to abuse?

Childhood domestic violence can be one factor—while abuse is always a choice, some victims of abuse in childhood grow up to mimic that behavior.

“One reason that children may emulate an abusive parent is due to a psychological concept called ‘identification with the aggressor,’” says licensed counselor Katie Lear. “All children love and look up to their parents and aspire to be like them. When a parent is angry or violent, children face a dilemma: Do they fear the parent, or act like them?”

Lear says that mimicking a parent's aggressive behavior can sometimes help children move from a place of fear to a place of felt safety, preserving their parent-child relationship. As this bleeds into adulthood, that individual may start to normalize this behavior in adult relationships, either unaware or ignorant to the role childhood trauma is playing in their choices.

Female abusers may also be living with narcissistic personality disorder, defined as a pattern of grandiose self-importance and a lack of empathy. This, or any other mental illness, does not cause nor excuse abuse. Plenty of people with personality disorders do not control or harm their partners. But it may help the survivor of abuse understand what they’re up against, such as gaslighting or the abuser projecting their own faults onto the survivor. To learn more, read “20 Ways Manipulative Narcissists Silence You.”

What Should Male Abuse Victims Do?

Men may also consider reaching out to one of these national organizations for further resources and support: