Back Next
Building App
Start your search here for domestic violence programs and shelters near you.
Learn More Got it
Home Articles Identifying Abuse Netflix's "Maid" Highlights Truth About Domestic Violence 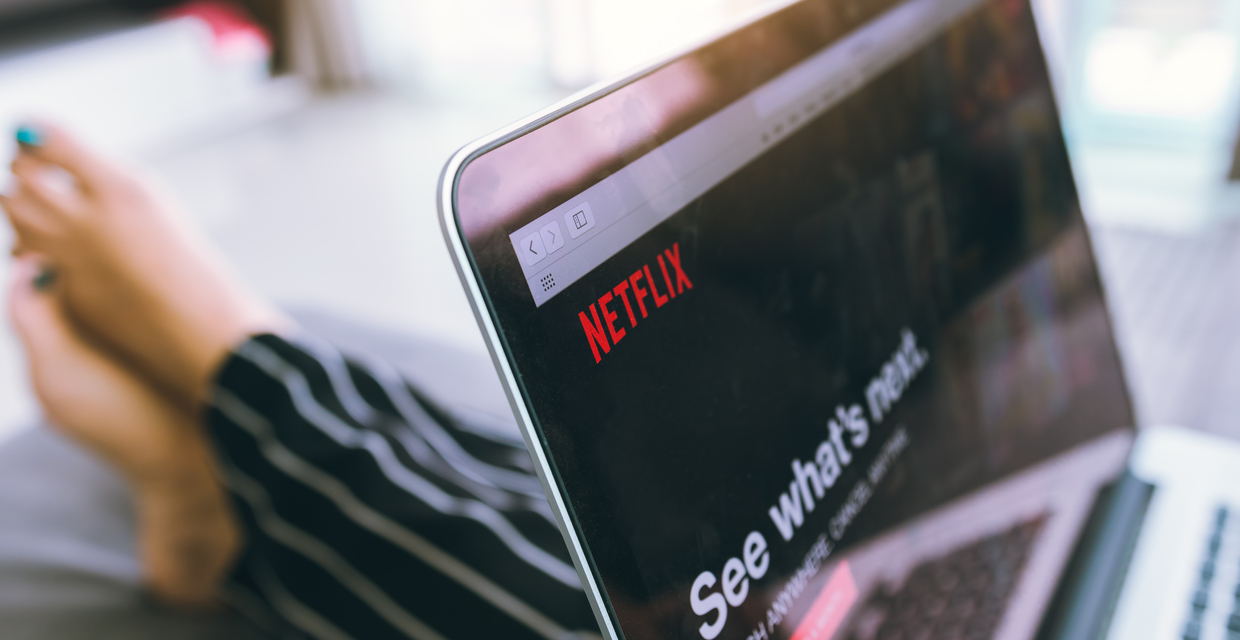 Netflix’s Maid is the 10-episode fictional drama released in October, based on Stephanie Land’s 2019 memoir Maid: Hard Work, Low Pay, and a Mother’s Will to Survive. It centers on a survivor of domestic violence and her young daughter and has already become one of the streaming service’s most watched miniseries. Nearly 67 million accounts have tuned in, and likely more will do so by the time this piece is published.

This is great news for Netflix, but it’s also encouraging for advocates, activists and survivors who have long clamored for people to recognize that domestic violence is far more complex than the stereotype of man hits woman, woman runs away, man goes to jail. In fact, abuse rarely follows such a neat pattern. Maid does a stellar job of highlighting nonphysical abuse—psychological and verbal abuse, coercive control, financial abuse—and the complicated aftermath of these tactics.

As survivors and advocates have long attested, victims of nonphysical abuse can suffer just as much if not more than victims who are physically abused. The show also devastatingly points out that, across the board, an abuser doesn’t magically stop the moment a survivor walks out the door, especially when children are involved.

In Maid, young mom Alex, played by Margaret Qualley, and her 2-year-old daughter Maddy are victimized not only by Alex’s abusive, alcoholic husband Sean, but again by a broken system that provides little to no support once they leave, forcing Alex to make the heartbreaking choice to return to her abusive ex in order to survive.

I’ll be honest—Maid isn’t easy to watch. Survivors should be aware that it can be extremely triggering to see images or see a story that mirrors trauma they experienced. Support persons, advocates and anyone else closely entwined in domestic violence can also be triggered by this kind of a show. It’s OK if you can’t or don’t want to watch it—prioritize your mental health first and foremost, and reach out to a domestic violence advocate if you find yourself struggling with the feelings that come up if you do decide to tune in.

The 6 Things Maid Got Spot-On

Below, we highlight 6 truths about domestic violence that Maid did an excellent job of highlighting (and one thing they got wrong).

Alex tells a social worker in Episode 1, “Maddy’s dad drinks and he blacks out and punches stuff.” Punches you or Maddy? the social worker asks. Alex responds, “No,” and goes on to say, “I’m not abused.” It’s clear as the show progresses, through both her husband’s continuing control and Alex’s flashbacks to his violent outbursts, that his behavior is clearly abuse.

But it’s normal for survivors of nonphysical abuse to not recognize this. Our culture has long-defined domestic violence as a type of physical violence, but it actually covers a wide range of physical and nonphysical tactics including verbal and psychological abuse and financial control. Read “Am I Being Abused?” to learn more.

2. Lack of money is a major barrier for single mom survivors to leave an abuser.

A common nonphysical abuse tactic is financial control. Maid does a stellar job of highlighting the restraints that being broke can have on a survivor as viewers watch a tally onscreen of Alex’s dwindling bank account after she leaves her abusive husband.

An abuser will also prey on this reality by trying to secure child custody. A family court judge might be more inclined to grant custody to the more financially stable parent, regardless of abuse claims. If the abuser gets custody, they might try to use this as a tactic to lure back the survivor.

Luckily every state receives childcare subsidies from the federal government to help low-income families pay for childcare, and state-funded head start, pre-K and kindergarten programs exist. (See which resources exist in your state on childcare.gov.) But the question is, will those programs’ hours align with a working parent’s job schedule?

Alex faces barriers in custody court proving that she’s the protective parent to her daughter. Because there’s no police report to show a history of abuse, or any other evidence, her abusive husband gains full custody and Alex is understandably panicked.

Unfortunately this happens far too often, and legislation like the SAFE Child Act is trying to remedy this. Read “5 Myths About Child Custody and Domestic Violence” to learn more.

The fact of the matter is, domestic violence is a widely underreported crime in part because of the lack of awareness among law enforcement and the court system that nonphysical abuse—violent outbursts that result in damages, threats of violence, stalking and more—are insidious and almost always escalate in severity. It’s sad but vital that survivors become their own advocates by keeping track of these violent and nonphysical incidents to use as evidence in court. Read, “When You Can’t Collect Evidence” for tips on proving nonphysical abuse in court.

In a flashback, Alex remembers telling her husband she was pregnant only to have him throw all her belongings onto the front lawn. According to the National Institutes of Health domestic violence affects as many as 300,000 pregnant women every year in the U.S. and can double a woman’s risk of preterm birth. In fact, homicide is one of the leading causes (and the leading cause in some states) of pregnancy-related death in women. If your partner is abusive when you are pregnant, it’s even more urgent than ever to reach out for help.

5. Childhood domestic violence victims are at increased risk for abuse as adults.

Alex has flashbacks to her own childhood where she would hide during the times when her father would abuse her mother. Eventually, her mother escaped, but the trauma of childhood domestic violence perpetuated Alex’s life. One could argue that generational violence, as it’s sometimes referred to, normalizes abuse, which might be why Alex claims in Episode 1, “I’m not being abused.” The tumultuousness of her husband’s behavior, the fear and unsafe feelings, may have felt familiar because it’s what she became used to as a child. To learn more, read, “What Fuels Domestic Violence, Part 1: A Family Pattern.”

Alex encounters rude people in many of the episodes – from the less-than-friendly social worker to Alex’s mother-in-law who sides with her abusive son to the rich woman whose house Alex cleans to the staff at her daughter’s daycare that dislike Alex for her inability to pay on time. There is often a stereotype of survivors that errs on the side of victim-blaming—if she wanted to get away, she would. She chose this. She’s not telling the truth. She just needs to work harder. The truth is, survivors of domestic violence come from all walks of life. They can be well off financially, highly educated, successful in their career and have no familial history of abuse, just as much as they can come from an opposite background.

Victim-blaming can be a form of self-preservation. Read more in “Why We Blame Victims for Domestic Violence.”

And the One Correction We’d Make …

You don’t need to have a police report to call a shelter.

In Episode 1 when Alex meets with the social worker to try and get housing or financial assistance for herself and Maddy, Alex tells the woman that her husband blacks out and punches stuff. Alex says she hasn’t reported it to police.

The social worker tells her, “There’s shelters for domestic violence victims, but you need to go on record with your abuse.” Alex is deterred from contacting a shelter. In real life, shelters don’t have restrictions like that—survivors aren’t required to show proof of abuse, like a police report, and plenty of survivors of nonphysical abuse have been sheltered. Shelters prioritize survivors for the limited spaces they have based on lethality risk—those survivors who are at higher risk of being killed, who’ve been subjected to recent violent incidents (even if those violent incidents didn’t involve harm to themselves) are given shelter.

If this was a real-life situation, Alex could have called the shelter to see if they had room, explained the most recent incident to an advocate, and been considered for space. Even if the shelter was at capacity, advocates may have been able to refer her to other emergency housing options. (Of course, Maddy would have had to admit to herself that what her husband was doing was abusive.)