Back Next
Building App
Start your search here for domestic violence programs and shelters near you.
Learn More Got it
Home Articles Identifying Abuse How Abusers Speak 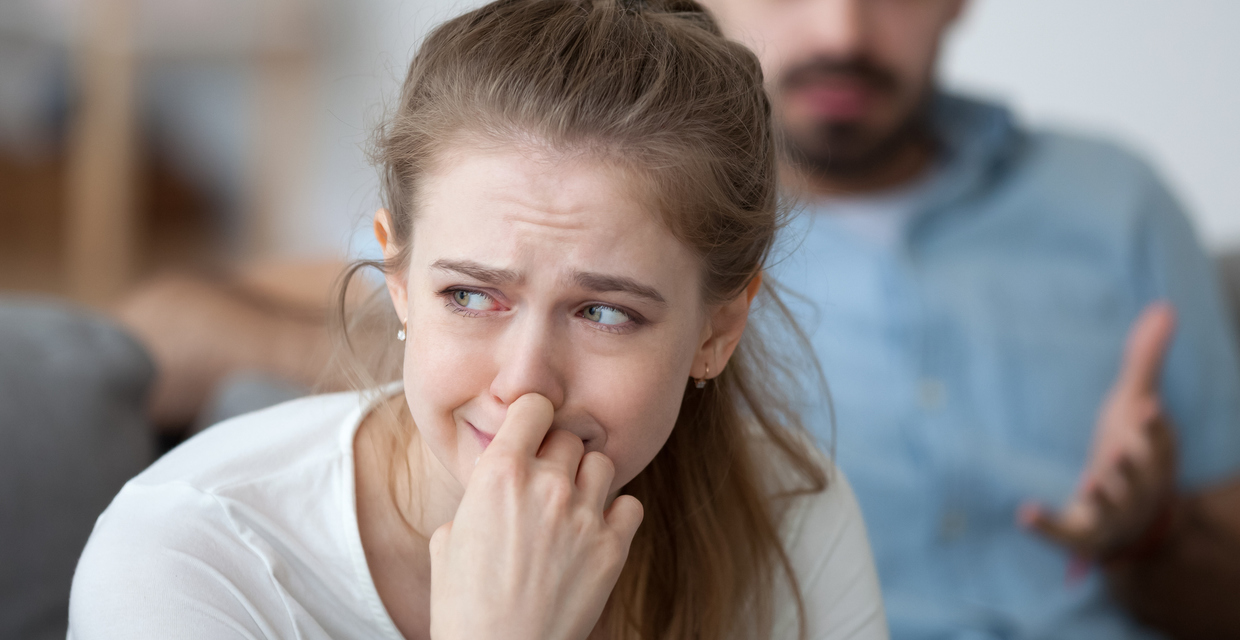 We all know what sticks and stones can do, but the second part of that saying isn’t exactly true. Words do hurt. Some survivors have told us, in fact, words can hurt just as much or more than physical abuse. A survey on DomesticShelters.org showed 62 percent of survivors said verbal abuse felt more damaging than physical violence. Unlike a bruise or broken bone that eventually heals, degrading comments can reverberate inside a person’s conscience for a lifetime.

Beyond words as weapons, abusers will also use words to control. By threatening a survivor with harm if she or he leaves to demanding to know where a survivor is at all times, words can almost be just as powerful as a locked cage.

We asked survivors on our DomesticShelters.org Victims and Survivors Community Facebook Page for some examples of things abusers have said to them.

The earlier you can spot abusive behavior in a partner, the better chance you have at safely getting out of that relationship. Make sure to always trust your gut when you hear phrases like this:

“All women before me were cold and not as invested [in the relationship] as he was. I think it was a challenge to see how much commitment he could 'secure.' Early on he complained about me holding back, not depending on him enough, not being as open and vulnerable.”

Want even more insight into an abusive partner? Read (and then watch), “Netflix’s You is a Roadmap to Dating Violence.”

Verbal abuse can lower a partner’s self-esteem—something an abuser is counting on. Because when a survivor’s self-esteem plummets, that survivor may depend on an abuser to define their self-worth–“What can I do to prove I’m not as bad as they say?”—resulting in a maddening, approval-seeking cycle that can keep a survivor trapped indefinitely.

“No wonder you're losing all your friends.”

We’ve all said something we regret at one point or another, but the trademark of verbal and emotional abuse is a pattern. Abusers don’t just lose their temper once, they systematically shame and insult their partner over and over again, usually without regret and always without reason.

One survivor, Brianne, who told DomesticShelters.org her story last October, says her abusive partner repeatedly told her she never did anything right, “so it was best if I didn't do anything to help. But then he would turn around and berate me for being lazy and not helping. The house was never clean enough, even though one could practically eat off the floor.”

If a partner’s words make you feel shame, lower your self-worth or make you question what it is you did wrong on a near-constant basis, you could be dealing with an abusive partner. Here are some more examples from survivors:

“Don’t gain too much weight when you get pregnant.”

Lisa Aronson Fontes writes in “Resisting Control When It’s Disguised as Love,” that “Occasional acts of kindness are a grooming strategy to retain control and make a partner stay in the relationship. An abuser may intersperse loving acts with angry outbursts, sexual coercion and manipulation, producing a kind of emotional whiplash in his partner.”

Control is not always outright, aka, “Don’t wear that. Don’t go there. Don’t speak to him.” Sometimes, as Fontes says, it’s disguised as concern. The indicator that it’s control? If you feel anxiety or fear about making a choice because you’re afraid your partner is going to get mad at you, you may be under their control. Here are some more examples of controlling words:

“You don't need to work right now; the kids need you.”

“I bring the money into this house so I decide.”

Abusers are notorious for not taking any responsibility for their choices; don’t forget—abuse is a choice. It’s never a survivor’s fault, even though that’s exactly what an abuser may try to make a survivor believe. An abuser may also blame their abusive actions on drugs, alcohol, stress, mental illness or childhood trauma. While these factors can perpetuate abuse, they do not cause abusive behavior. It’s important to remember there are plenty of individuals who have a few drinks and don’t start berating others. There are plenty of cases of individuals who have survived childhood domestic violence and have not gone on to abuse others.

“Look what you made me do.”

“I was only trying to help.”

“You always play the victim.”

"I'm only happy when you're happy."

"You're looking for the bad in what I'm saying. Like your mom does."

Abusers are not the only ones who try to blame survivors. Sometimes, those outside the relationship may use victim-blaming as well. For more on why and how that happens, read, “What Victim-Blaming Sounds Like.”

In our recent piece, “Abuse Almost Always Escalates,” we talk about how an abuser rarely stops abusive behavior but rather is more likely to ramp it up as the relationship progresses. Most terrifying is the fact that, left unchecked, abuse can escalate from harmful words to violent physical aggression, even murder. Watch out for phrases that clearly spell out an abuser’s plans for the future.

“You have no idea what I’m capable of.”

“You think you got it bad, I can show you bad.”

“I'll take everything away from you if you leave me. I'll take the house, the kids, the car, you'll have nothing. You're the crazy one. No one will let you have custody of the kids.”

Some believe you can predict which abusers will kill. Take the danger assessment in this article to find out if the abusive partner you know is on a path to potentially commit homicide.