Back Next
Building App
Start your search here for domestic violence programs and shelters near you.
Learn More Got it
Home Articles DomesticShelters.org Book Club Something Wild is Gripping Book Club Pick 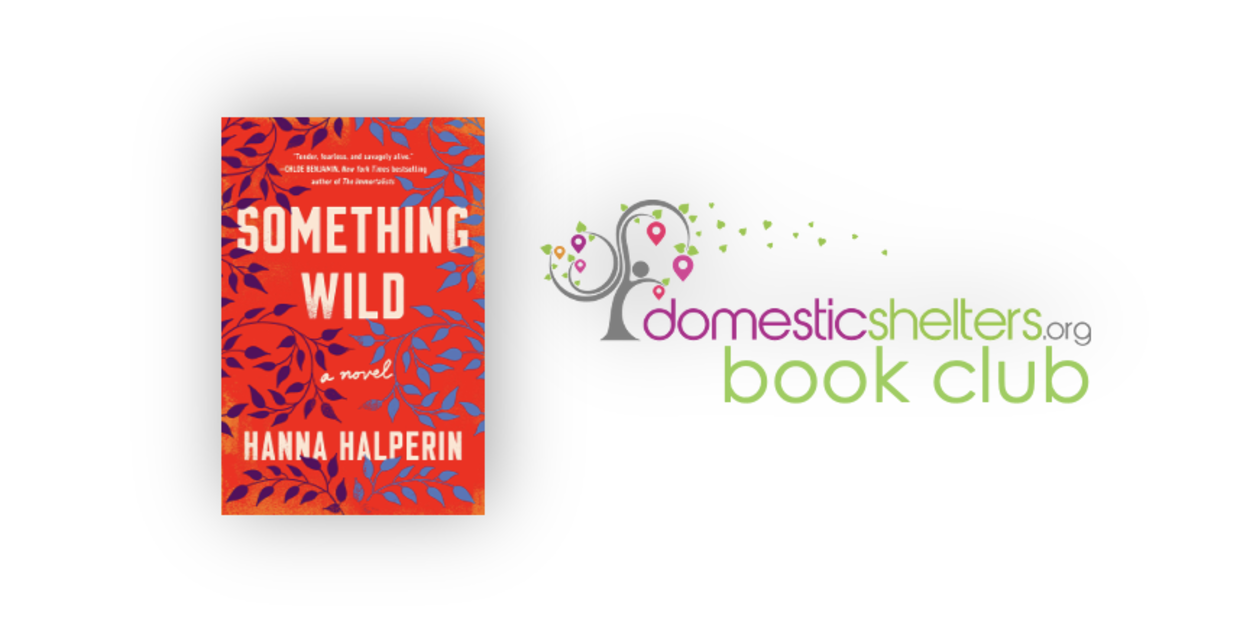 Author and domestic abuse advocate/counselor Hanna Halperin recently published a gripping novel that realistically portrays domestic abuse. Something Wild tells the story of two adult sisters who return to their childhood home and discover their mother is entangled with an abusive partner and the childhood trauma that’s unearthed as they try to help her. DomesticShelters.org had the privilege of interviewing Halperin about her debut book and how it came to be.

DS: Before becoming an author, you worked as a domestic violence counselor/advocate. How long did you work and where?

From 2016-2018 I worked as a domestic violence and rape crisis counselor at CONNECT to End Violence on Martha’s Vineyard. For the past three years I’ve been working at Emerge, an intimate partner abuse education program in Malden, Mass., where I also work with victims and survivors of domestic violence.

DS: When you were doing the work, did you think that you would someday write about related issues in a novel? Did you keep notes or a journal?

I had already started writing Something Wild when I began my work as a domestic violence counselor, and themes of domestic and sexual abuse were present in the story I was writing. However, my work as a counselor/advocate definitely shaped the writing of the novel in ways that I could not have anticipated. I was not planning on writing a book about domestic violence, and I still don’t really see it as one. To me, the novel has always been more about the three women at the center of it and their relationships with each other—although the domestic violence plotline certainly drives the narrative action of the book.

I wasn’t taking any notes or journaling, but my life while I was writing the first draft was impacted by the intensity of my job. I was thinking about my work all the time—especially when I was on the hotline. It doesn’t surprise me that it seeped into my writing, too.

DS: What did you find to be the hardest thing about working as a domestic violence advocate/counselor?

It’s changed for me over the years. Sometimes it’s figuring out how to separate work from home. Sometimes it has to do with the difficulty or the danger of one particular case and feeling like the options available are not enough. There are days when the heaviness of the work hits.

DS: What did you enjoy most about this role of advocate?

Having someone reach out during a really bad moment and being able to be with them during that time is a privilege. Making connections with clients is very meaningful to me and has always been my favorite thing about my work.

DS: If you could convey a message to DV advocates/counselors across the country and the world, what would it be?

Thank you for what you do. The work you do changes lives. Also, take care of yourself. This is something people say all the time but it’s so hard to actually do.

Exploring the mother and daughter relationship through the lens of domestic violence was intuitive for me, probably because it was something I would see again and again. Whether these mother/daughter relationships were close or strained, it seemed to me that mothers and daughters showed up for one another, especially when other people in these women’s lives failed them. I think of it less as a responsibility and more of an instinct. Ultimately, I don’t know if anyone can protect or save one another from abusive [partners] in the way we often want to—but we can be there for each other, and that’s huge.

But that’s me, speaking as a counselor. When it’s your own family who is in danger, you often have this sense of, “I’ll do anything to protect her.” In Something Wild, the Bloom women are used to being let down by the men in their lives. It’s when they are hurt or let down by one another, that they start to feel really alone.

DS: One of the things I love about Something Wild is its frank discussion of women’s sexualities, and various forms of sexual pleasure, coercion and abuse. When you wrote the book, were you deliberately trying to portray a variety of ways women’s sexuality is expressed and distorted in relationships with men?


I write about women’s desire and sexuality, as well as abuse and coercion, because these are things that I’m always trying to untangle and understand myself. While I was writing, I kept asking myself what the past story of female desire and sexual abuse had to do with the present story of domestic violence. Why was I telling these two stories concurrently? To me, this was the big project of the novel. There were moments where I felt I got close, but the answer was never crystal clear, and that’s what made it interesting to me. It had something to do with these characters’ strong desires to be loved and wanted, and how those desires can get mistaken and mixed up with violence and control.

DS: What would you hope readers might take away from Something Wild?

My greatest hope is that readers feel less alone or recognize something about themselves or their own emotional experience in the book.

DS: Do you think this book would appeal to victims/survivors?

I led a book group for victims and survivors of domestic violence several years ago. Through that experience, I learned that some people who are experiencing violence at home do not want to read about it, too. Other people may want to. Most people—if not everyone—has experienced trauma in their lives. The novel is a lot about trauma—both “big” traumas and more casual, everyday traumas. It does get graphic which can be triggering.

DS: One of my favorite aspects of the book was the sense of place you establish. Inside homes, on the streets in different cities/towns, on the T in Boston and the subway in New York City. Is it your experience that “place” affects mood and even safety?

I love that question. Yes, I think so. For me it does, anyway. A lot of the places I described in the book are places that I know intimately, either because I’ve lived there, or I’ve spent meaningful time there. Describing them through the lens of my characters was fascinating—especially because I was reimagining these places through my characters’ layers of memory and trauma. One of the most jarring feelings, I think, is stepping into a place you thought of as safe, or that you needed to convince yourself was safe—and then realize that you actually don’t feel safe there at all.

This interview has been lightly edited for clarity. Trigger warning: In addition to domestic abuse, this book portrays a scene of sexual abuse and its effects on two teenage sisters.