Back Next
Building App
Start your search here for domestic violence programs and shelters near you.
Learn More Got it
Home Articles Housing How Many Homeless People are Fleeing Domestic Violence? 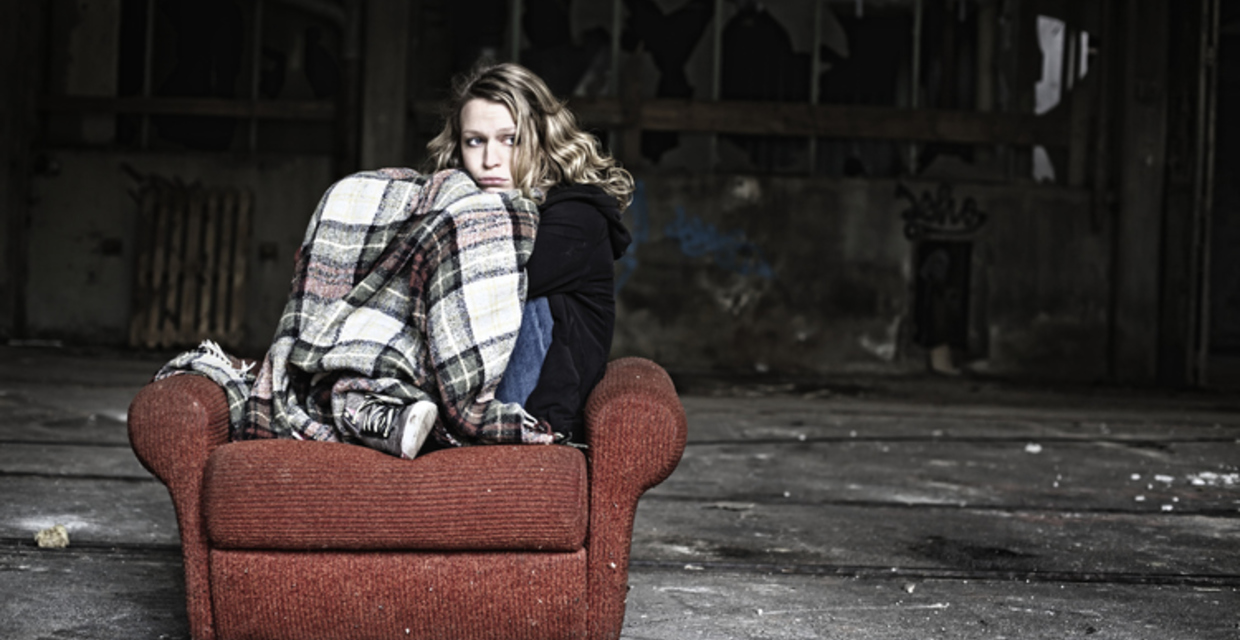 In a one-night annual count this past January, organized by the U.S. Department of Housing and Urban Development (HUD), homeless men and women were asked by volunteers if they were fleeing domestic violence, sexual assault, dating violence or stalking. The question deviates from the previous less specific, “Have you experienced domestic violence?”  The hope is that more accurate numbers will reflect how many individuals are on the streets as a direct result of intimate partner violence.

Of the 554,000 homeless people counted nationally in 2017, about 87,000 said they had been a victim of domestic violence at some point in their lives. However, it doesn’t say if the abuse is the reason they’re on the streets, a fact that would help better target services amongst the homeless.

“We feel strongly that we would like to have better data regarding victims of domestic violence,” says William Snow, senior SNAP (Special Needs Assistance Programs) specialist with HUD.

The only caveat is that the newly revised question isn’t required for the 400 continuums of care (CoCs) around the U.S. who take part in the Point-in-Time Count. CoCs are the nonprofit organizations that shelter and help the homeless.

“Collecting data on survivors of domestic violence is optional,” explains Snow. “Not because it’s not important, but because asking these types of sensitive questions [can be] inappropriate.”

Snow explains that many of the individuals conducting the survey of homeless on the streets are community volunteers and have no formal training in domestic violence or trauma counseling. Asking for someone to disclose abuse “should be asked in a way that’s protective,” says Snow.

The domestic violence question is the only grouping of survey questions that’s optional for the CoCs, who must take part in the annual survey in order to receive federal funding. This year, Congress earmarked $50 million for HUD to “specifically address projects around rapid rehousing and coordinated entry—creating a centralized way to get homeless access to services,” says Snow.

In 2016, the latest year the compiled data has been released, the assessment handed over to Congress didn’t reflect any numbers on domestic violence-related homelessness, an oversight that advocates say will only slow down progress on ending the epidemic of intimate partner violence.

Ana Rausch, senior research project manager for the Coalition for the Homeless of Houston/Harris County in Texas says she believes asking if homeless are fleeing domestic violence will make an impact on what services are deemed a priority for those on the streets.

“If someone is actively fleeing domestic violence then their safety is most important and should be the first thing we address.”

However, she says she hasn’t seen a significant number of domestic violence-related homeless individuals in Houston, at least not through their census reporting. But she acknowledges that domestic violence can be a trigger for homelessness regardless of what the numbers show.

“Homeless response systems should work to build strong partnerships with domestic violence systems to ensure those experiencing or fleeing violence have safe and secure housing options,” she says.

Half of Homeless Women Say Abuse is the Cause

Assessing who is homeless because they’re fleeing abuse can help determine whether or not there are enough domestic violence shelters in a certain area, which can provide services unique to survivors that ordinary homeless shelters cannot.

“A homeless person who may suffer from a severe mental illness requires different care from one who is a victim of domestic violence,” Carol Corden, a New York domestic violence advocate, told the Pew Charitable Trusts in an article from January.

But Snow says this is a work in progress and raising awareness about the tie between homelessness and domestic violence is most important.

“Most [homeless] women have experienced some form of trauma, mostly related to domestic violence. We actually think more communities are implementing more ways to do the count, and are getting more confident to collect this data.”

The Point-in-Time Count has been ongoing since 2005 and covers 99.8 percent of the U.S. CoCs are required to count homeless in their community during odd years—even years are optional. CoCs then propose projects to address homelessness based on what their numbers show, essentially competing for federal money allotted to alleviate the issue.

“We ask, what are you doing to elevate the issue and uniquely address it? We want efficient projects as well,” says Snow.

Since 2010, Snow says the number of total homeless across the country has fallen. Though, within the population, there has been a slight uptick in chronic homelessness largely tied to a lack of affordable housing.

Did you know family crisis, including domestic violence, is the number one reason homeless youth listed for being on the streets? Read more about it in “Runaway Youth.”