Back Next
Building App
Start your search here for domestic violence programs and shelters near you.
Learn More Got it
Home Articles Health A Guide to Post-Traumatic Stress Disorder 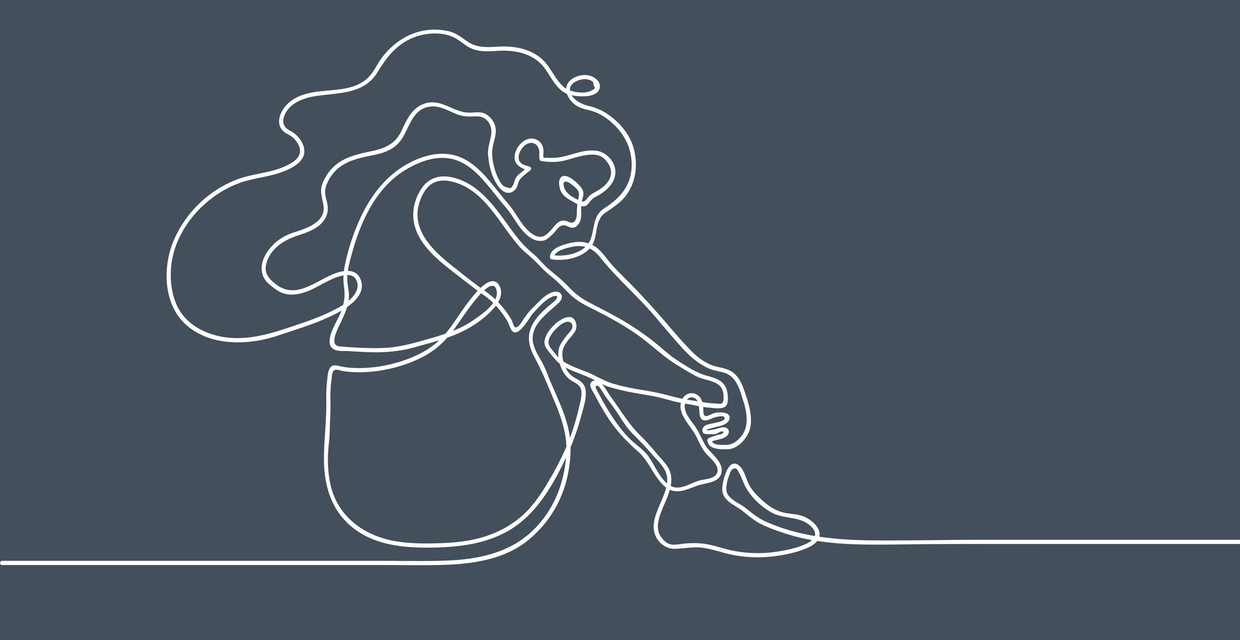 One possible side effect of living through trauma is post-traumatic stress disorder, or PTSD. This mental health condition occurs when symptoms from that traumatic event endure far beyond when the trauma has ended. Sometimes, survivors may think they’ve healed and moved on, but months later, experience troubling flashbacks or anxiety that seems to come out of nowhere. These could be signs of PTSD.

While we most often hear about PTSD affecting veterans and soldiers in the military, the condition can be triggered by any number of traumas, including:

Not every survivor of trauma will go on to develop PTSD. It’s yet to be known why some people do while others do not, but research points to a history of mental health conditions like depression and anxiety increasing the risk of PTSD. Also, those who do not have a strong support system after trauma are thought to be more likely to exhibit symptoms of PTSD.

Symptoms of PTSD in Survivors of Domestic Violence

Studies show that anywhere between 31 and 84 percent of domestic violence survivors will develop PTSD, compared to 3.5 percent of the general population. Symptoms of PTSD in survivors may look like one of these three categories:

Avoidance: Avoiding reminders or “triggers” of the traumatic event, such as people, places, thoughts or events.

Reliving the event: Being confronted by the emotional trauma of the event suddenly and without an obvious reason, resulting in emotional outbursts, chills, heart palpitations, extreme anxiety and other symptoms.

Additional symptoms of PTSD may include:

To be defined as PTSD, these symptoms will endure for a month or longer.

“Often, PTSD sets in much later, long after the trauma,” says Heather Kent, a registered psychotherapist and trauma recovery specialist in Ontario, Canada. Kent is also the best-selling author of the books Heal from Your Narcissist Ex and I Left My Toxic Relationship – Now What? She explains that PTSD can often appear months, if not years, after a traumatic experience has ended. Even if the survivor believes they’ve moved on or healed, symptoms can appear later and disrupt a survivor’s life, or repressed memories may come to the surface.

Kent remembers a client who had struggled with physical intimacy her whole adult life but didn’t understand why. It wasn’t until she was in her mid-40s that a repressed memory of being sexually assaulted at age 19 reappeared in her mind.

“The brain is quite clever; it can bury memories,” says Kent.

It’s believed the brain represses stressful memories as a protective measure, but can resurface when the individual is in the same mindset or similar situation that they were in at the time of trauma. For Kent’s client, it was visiting a police station after her daughter had witnessed a sexual assault and needed to give a statement to police. For other survivors, it could be a sound, a place, a date, even a smell that could trigger traumatic memories. Read, “When the Feelings Rush Back” for more information on triggers.

Identifying PTSD in kids can be difficult as children typically won’t be aware that they have it and symptoms can be misconstrued for other ailments. Unlike diseases, there’s no blood test for PTSD, so diagnosing it involves asking a lot of questions and connecting the dots between what’s going on now and what they may have seen or experienced in the past, board-certified forensic psychiatrist Rupali Chadha, MD, Chief of Medical Staff at Metropolitan State Hospital in Norwalk, Calif., told DomesticShelters.org.

“Kids' brains are sponges—they can regrow areas that have been adversely affected, so it’s easier to treat in that sense. But the hard part is identifying the kids who need help,” says Chadha. A parent or caregiver who recognizes any of the above symptoms in a child should bring them to the attention of the child’s physician as soon as possible before symptoms can worsen. In one study out of Amsterdam, researchers found children and adolescents with PTSD were successfully treated with only a few hours of Eye Movement Desensitization and Reprocessing (EMDR) or cognitive behavioral writing therapy. You can find other treatment options on the Child Mind Institute website.

“The brain is malleable,” explains Kent, meaning that it’s “fixable” when trauma affects our responses to certain memories, but it does take time, she warns. Don’t rush the healing process.

Treatment options for PTSD include the following:

Therapy. “Getting into therapy would be the number one most important thing … to help reprocess the trauma in effective ways,” says Kent. Even though it may seem daunting to walk back through that trauma, the outcome will be worth it. A therapist may use something called cognitive behavior therapy or eye movement desensitization and reprocessing (EMDR) to reframe traumatic memories.

By addressing the memories that cause the residual trauma, the symptoms of PTSD should lessen over time. “Remembering [trauma] in a way that no longer haunts you—that takes work. As a result, though, you’ll come out a stronger, happier person,” says Kent. “Trauma doesn’t have to define you.”

Therapy may be used in conjunction with medication, such as antidepressants or anti-anxiety medication. Your doctor will determine what the right medication, if any, is appropriate for you.

While therapy can be costly depending on what your insurance covers, there are low-cost treatment options out there. Read, “Ask Amanda: How Do I Get Therapy If I Can’t Afford It?” for more information.

Massage. Research also shows that massage therapy can help alleviate the symptoms of PTSD by reducing cortisol levels in the body, while increasing serotonin and dopamine levels.

Yoga. A trauma-sensitive yoga class can help you move your body in a healing way by focusing on breath and mindfulness.

Injection therapy. SGB, an injection therapy, was shown in a study to be twice as effective at reducing PTSD symptoms in study participants as a placebo. You can read more about them in “New Hope for PTSD.”

Support group. Survivors experiencing PTSD also want to make sure they surround themselves with the proper support system. This may look like an in-person support group (contact a local DV advocate for recommendations) or online. Read, “Can Virtual Support Help You Heal?” for some ideas.

Before You See a Doctor

According to the Mayo Clinic, before you see a mental health professional, you may want to prepare answers to the following questions in order to find the best treatment plan:

Likewise, you may want to consider asking the doctor or therapist some or all of the following: