Back Next
Building App
Start your search here for domestic violence programs and shelters near you.
Learn More Got it
Home Articles Health Are You Seeing Ghosts? 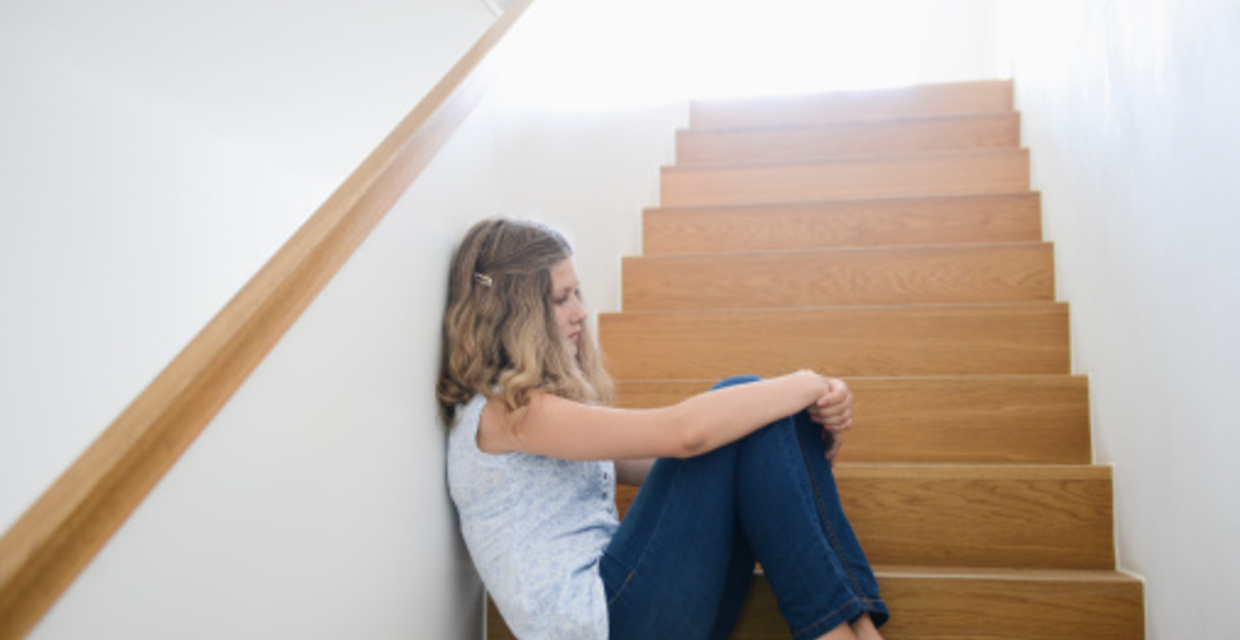 While some call it torture, the CIA calls it “an interrogation technique." Either way, it's used to extract information from some of the most dangerous terrorists and war criminals in custody. In addition to practices like waterboarding and physical torture, accused 9/11 attacks facilitator Ramzi bin al-Shibh was reportedly kept in complete social isolation for 2 ½ years and cut off from all interactions with humans except for interrogators. As a result of the latter, said a CIA psychologist in a report released to the Senate in 2005, al-Shibh was having “alarming” psychological deterioration, including visions, paranoia, insomnia and attempts at self-harm.

Worlds away from a CIA interrogation chamber, some victims of domestic abuse are living through a similar hell, except they aren’t on trial. Abusers isolate their victims as a way to assert their power and control. They forbid their partners to leave the house, speak to friends and family, use social media or turn on the TV, even depriving them of sensory stimulation by keeping them trapped in a dark house with shades constantly drawn over the windows. Sometimes, abusers even cut their partners off from them emotionally and verbally, ignoring their partner’s words and their mere presence.

Survivor Caroline Abbott’s abusive husband loved to implement the silent treatment as a form of psychological abuse. “When he first started doing it, he wouldn’t talk to me for several hours at a time. Then, he would literally not speak to me for a month, then several months. It would make me so crazy, I would yell and scream at him,” she told DomesticShelters in 2016.

Survivor Amy Thomson told DomesticShelters her abuser isolated her from friends and family for four years. The only time she was allowed to speak to them was over the phone, and that was only to ask for money. Eventually, she says, they stopped answering her calls. She wasn’t allowed to have any type of social media account. She would go weeks at a time without stepping foot outside her house.

“I started to forget what the voices my family and friends that I had known for most of my life sounded like, and a few family members passed away while I was with my abuser,” Thomson remembers. “But since there had been no contact for a long period of time, it was almost like it didn't happen.”

The Devastating Effects of Being Cut Off

It may not be surprising then that social isolation can lead to depressive symptoms, poor sleep and a higher likelihood of cardiovascular conditions. And maybe it’s only expected that those with prolonged social isolation were found to be 21 percent more likely to consider suicide.

But of the more sinister psychological effects of being completely cut off from human contact is that our minds may begin to try and compensate for the silence. We may, actually, begin to see ghosts.

“When people are extremely isolated and withdrawn, they can be involved with their own thoughts too much. They manufacture these supposed relationships to try to help themselves. It’s an attempt to deal with the void in their lives,” says Bart Rossi, Ph.D., a New Jersey-based member of the American Psychological Association.

In some cases, people take a casual relationship, say, with a coworker, for example, and fantasize that it is something significant in their lives. “There can be some semblance of truth, but it’s a gross exaggeration of what the relationship really is,” Rossi says. “They are trying to make themselves feel better by conjuring up some type of relationship.”

In other cases, extreme isolation can lead people to believe they have an imaginary relationship with someone they don’t even know. “In the long run, this can be extremely damaging,” Rossi says. “When it gets to the point that someone is making up someone else, that’s significant.”

Frank McAndrew Ph.D., professor of psychology at Knox College, told Psychology Today that people in isolation can have a “sensed presence”—a feeling that another person is with them. “The vividness of a presence can range from a vague feeling of being watched to seeing a seemingly real person. It could be a god, a spirit, an ancestor or a personal acquaintance,” McAndrew says. This altered state of consciousness can be caused by a stress, a lack of oxygen, monotonous stimulation or a buildup of hormones. He gives the example of British explorer Frank Smythe, who attempted to climb Mt. Everest alone in 1933. He was certain someone else was with him on his climb, so much so that McAndrew says the explorer even offered his ghostly friend a piece of cake.

Thomson says her abuser’s control over her was so intense that even when he was not present, she had a constant feeling that he was standing right behind her. “It reached a point where it become so overwhelming that I began to feel not only his presence hanging over me, but something that felt heavy and evil. I felt like I was always being watched, and I started to see black shadows darting past me out of the corners of my eyes.”

Contrary to what may seem obvious, people in socially isolated situations might not want social support. The psychological damage of being isolated may make them wary of reconnecting with others. They may also blame themselves for their abuser’s behavior. Or, in spite of the cycle of violence, they believe their abuser loves them, or they may still love their abuser. They may be afraid to admit they are in a bad situation, or they may believe there’s nothing they can do to get out of it.

“They also may not have a lot of choice,” Singer says. “They could have a home and a child together. It can be difficult to lift yourself out of that situation.”

But social support is important—if a survivor has access to a support group, an advocate, therapy or even just a social outlet like a weekly coffee date with friends or a book club, it can help start breaking down that wall that social isolation builds around an individual.

“If you don’t have that support, if you’re isolated, there are more barriers,” Singer says. “It can be harder to seek legal support and mental health support. Even one positive connection can buffer against negative life events.”

While it can be difficult for people with abusive partners to connect with domestic violence or mental health services, they should seek assistance if possible. Survivors might also consider cognitive behavior therapy, a type of therapy that, in essence, can “rewire” the brain to respond to emotional triggers differently, changing negative core beliefs that an abuser may have instilled.