Back Next
Building App
Start your search here for domestic violence programs and shelters near you.
Learn More Got it
Home Articles Children and Teens Survey Says ... Parents Just Don't Understand 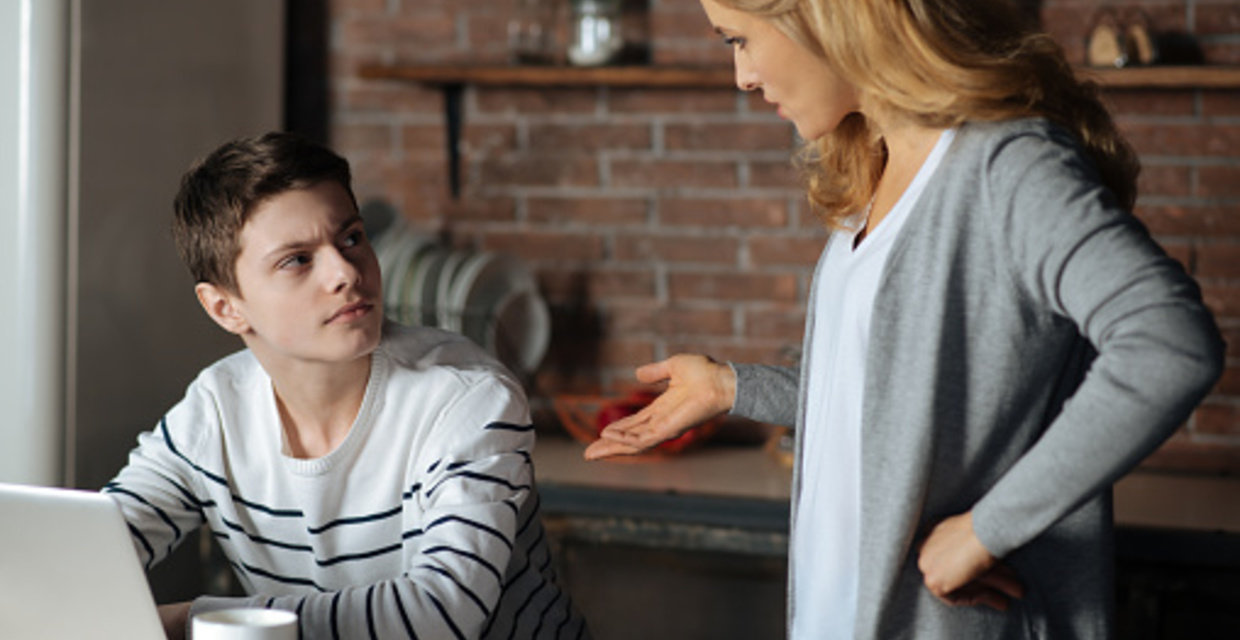 What do teens wish parents knew about dating violence in their worlds? A National Institute of Justice project set out to answer that very question. They recruited teens and young adults, ages 14 to 22, as well as adults who work with teens, to discuss the differences between what adults thought they knew and what was really going on.

Where to Go From Here

So what can parents and adults alike do? First, accept that there’s a problem.

“From my perspective we have an epidemic on our hands with young people and relationship violence and we’re not talking about it,” says Amy Sánchez, CEO of Break the Cycle, a nonprofit focused on providing comprehensive dating abuse programs to youth ages 12 to 24.

Sánchez, who’s worked in the domestic violence field for 25 years, says, “We’re good at crisis response. We’re also good about educating people about perfect, healthy relationships. But the reality is that no relationship is perfect, so where does the line shift in between?”

The study’s researchers offered up some recommendations to organizations that address teen dating violence based on their findings. Among them, they suggested broadening the scope of teen dating programs to focus on positive, healthy behaviors that may not overly be abusive, but are still risk factors. Dating abuse can be subtle—teens and parents alike should be aware that it can start as innocently as being overly involved in a partner’s life, sometimes under the guise of being “concerned” or “protective.” It can look like someone influencing their partner’s decisions—everything from how they dress to whom they hang out with. It can escalate from there to more overt coercion, threats, manipulation, verbal abuse, financial control, or forced sexual activity before their partner is ready.

The second recommendation to come out of the study was to advocate for more programs designed to help navigate uncertain or stressful aspects of relationships. “Often referred to by youth participants as ‘rough patches,’ programming is needed to help teens make decisions whether the … seemingly undesirable characteristics warrant a break-up or whether it is appropriate to ‘stick it out and work through it,’” reads the study.

For parents, this can translate to talking through real life scenarios with their teens. “When X happens, do you think that’s respectful? Do you feel like this is the best person for you to be with long-term?” As any parent knows, trying to convince a teen not to date someone can often have the opposite effect. Instead, try to open the dialogue in a more general, non-specific way. Using fictional characters may help— here are five YA novels that focus on teen dating violence. Talking about those stories may be easier for a teen than talking about their own dating life.

The more open a parent’s dialogue with their kids is, the more likely adults are to pick up the subtle cues that speak to where and when teens are experiencing that grey area of dating violence—the one that isn’t overtly unhealthy but still raises red flags.

Break the Cycle offers the Love Is Not Abuse Coalition that provides resources for parents and other adults who want to learn about preventing dating abuse. With an online community on Twitter and Facebook of over 75,000 members, the LINA coalition is helping demystify the issues of dating violence and sexual assault—and deciphering the language young people are using.

When Sánchez talks with her two teens and their friends, she tries to use their language. “I don’t ever use the words dating violence. They don’t date,” she says. She’s listened enough to learn what it means to be “talking” vs. “having a thing” vs. “just hooking up,” vs. being boyfriend/girlfriend, boyfriend/boyfriend, or girlfriend/girlfriend.

Not only do young people have their own language—as all generations do—they also have their own ways of communicating that mystify parents. Social media apps like Snapchat – or similar services you may have not even heard of yet – can make that divide feel even deeper, and can open young people to new relationship dangers.

“Knowing just how easily photos can be shared with new technologies, we have to be able to talk with young people about the pressures to post or send semi-nude or nude photos of themselves to their boyfriends or girlfriends, and how they can resist those pressures,” Sánchez says.

But she also feels that social media creates positive opportunities. “Youth today can read different articles that we never could have read growing up. They can get involved in online campaigns.” Break the Cycle’s youth coalition “ Let’s Be Real,” for example is run by young people across the country.

The recently launched “ Taco Bout It Tuesday,” a weekly Q&A Snapchat show, where youth are able to put their questions out in a format they all love and use, and get responses from other young people.

“Most of it’s not about ‘My boyfriend put me in the hospital.’ It’s more about the subtle things, which gets to the question about healthy relationships,” Sánchez says. “It’s more about jealousy. What is jealousy? Is it healthy or unhealthy? Or my girlfriend did this to me last week. Was that a red flag or was she just having a bad day? They’re complex questions.”

So, do you need your own Snapchat account? No, but you do need to be willing to talk with your kids and ask them to help you understand it.

It’s about being inquisitive, Sánchez says. It’s about showing kids that you want to connect and understand their reality. That way, when you see something on Snapchat, you can talk to them about it.


Being Ready to React

While it can’t hurt to prepare for those intimate discussions you should be having, you don’t have to script it. But you should set a few ground rules for yourself:

Don’t minimize. Never minimize what they’re going through or say, “Well, everybody goes through that” or “Oh, that happened to me too, it’s no big deal.” Each experience is important and if they’re opening up to you, be ready to take their relationships seriously.

Listen for meaning, not words. Sánchez reminds adults to listen for meaning instead of the words that they’re using. “We have to understand that they use different words and see the world differently than we do.”

“We assume that because young people have so much access to information, we believe they are savvier than they truly are,” Sánchez says.

Parents aren’t the only ones who have a tough time talking. If you want to start an open discussion with the young people in your life, share these resources with them: