Back Next
Building App
Start your search here for domestic violence programs and shelters near you.
Learn More Got it
Home Articles Heroes Fighting Domestic Violence Teaching Kids to Be Brave 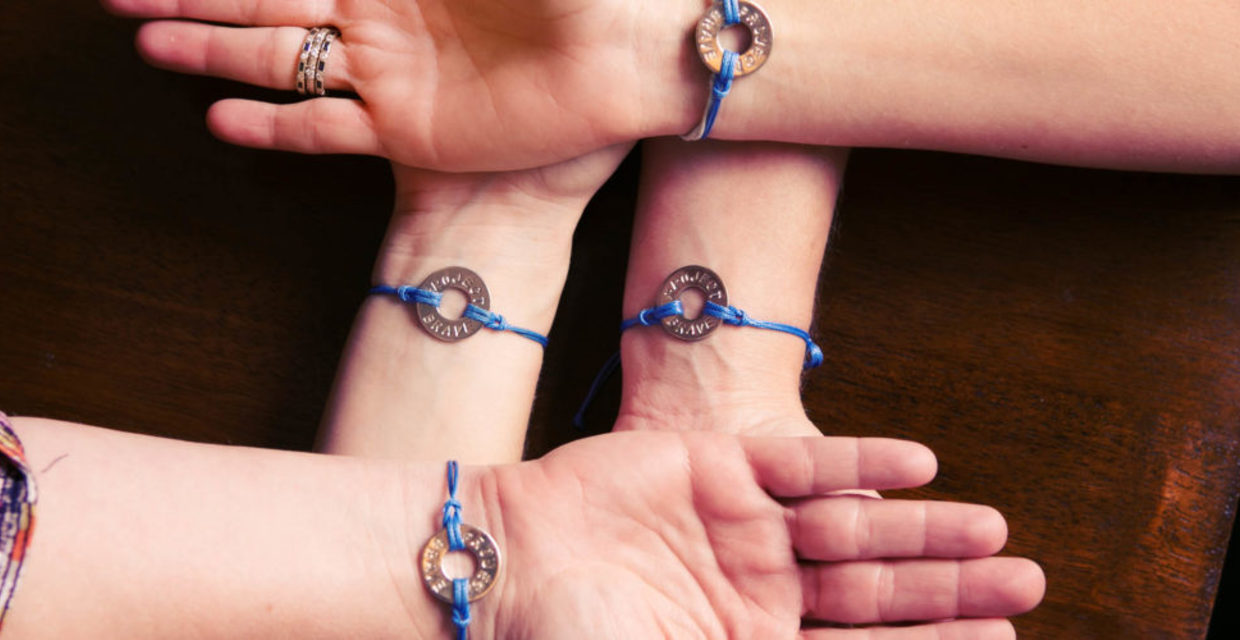 When you’re lucky enough to live near your friends, you measure your distance apart in homes, not miles.

“Casey lived five houses down for me,” says Jill Cullinan. The two San Antonio moms, who had five kids between them, became friends the moment they met, says Cullinan.

But there was a tragic secret Casey Mitchell Drawert was keeping from her friend: Drawert’s husband was abusing her. And, in March, David Ross murdered his 42-year-old wife, shooting her in the head before taking his own life. Drawert left behind two children—a 10-year-old daughter and a 7-year-old son—from a previous marriage.

Cullinan had no idea her friend, a prominent doctor in the community, was suffering abuse from her husband.

“I believe that when it comes to being an educated, upper-class woman, our society teaches us that, particularly as a female, we need to present an outward appearance that we have everything under control. That we really can ‘do it all’ as wives, mothers, sisters, friends and women. It's an added pressure that men don't seem to have … I believe it's capable of creating a dangerous situation for women with abusive partners.”

Cullinan later learned Drawert had begun to make safety plans a few days before her murder. “Everything happened so quickly that no one had time to do much else. Her husband murdered her within 36 hours of making her situation known.”

Following her friend’s death, Cullinan says she had an emotional breakdown.

“I kept trying to make sense of the tragedy. I drove myself into a very dark place … It was a round-robin of grief, anger, sadness, hatred and anguish.” But then, an epiphany: “I knewI had to channel those feelings into something positive for the world or they would only hurt everything that I loved.” She decided to start a movement to honor her friend and Project BRAVE was born.

Research shows that survivors are more likely to be killed when leaving or after having left an abusive partner than at any other time in the relationship. In findings from one report out of Minnesota, up to 67 percent of women murdered by intimate partners were in the process of leaving or had left the abuser. Another study out of Canada showed ex-partners are nearly twice as likely to murder than current partners and that 49 percent of intimate partner homicides occur two months after separation.

“We need to work on making sure they don't end up in that situation [with an abuser] in the first place,” says Cullinan. She decided education needed to start with children.

“About two weeks after Casey was taken from us, I remember sitting on my back porch, watching my three kids play in the yard, and thinking about how much Casey loved my kids. I knew that if Casey could do one thing for the rest of her life, it would be working with kids—caring for them, loving them and protecting them.”

Cullinan says Project BRAVE hopes to roll out an age-appropriate domestic violence curriculum by early 2017 that can integrate with any elementary school across the country.

“Our goal is to prevent kids from entering into unhealthy relationships, as the victim, survivor, or even the abuser.” Cullinan, a survivor of abuse and the PTSD that followed, has been a domestic violence advocate for more than a decade.

“There are plenty of advocacy groups and amazing organizations designed to help survivors once they're in a relationship, but very little is being done to educate from a preventive standpoint.” She believes unhealthy relationships can begin at any age. “From the bully in the sandbox at kindergarten, to the boy or girl who is verbally abusive in middle school, to relationships with physical abusers, we are seeing at the high school level and beyond. It took me over a decade to realize that those intriguing ‘bad boys’ weren't what you see in the movies, they're dangerous people.”

Given young kids’ short attention spans, Cullinan says the key to BRAVE’s curriculum is “consistent and constant exposure,” which will include everything from posters in the hallways and classrooms to take-home literature, staff and administrative training, guest speakers throughout the school year, videos and information for parents to follow up with at home.

“Our hope is that our program will allow kids to stand up and be BRAVE across the country.”