Back Next
Building App
Start your search here for domestic violence programs and shelters near you.
Learn More Got it
Home Articles Escaping Violence Do You Feel Trapped by Your Faith? 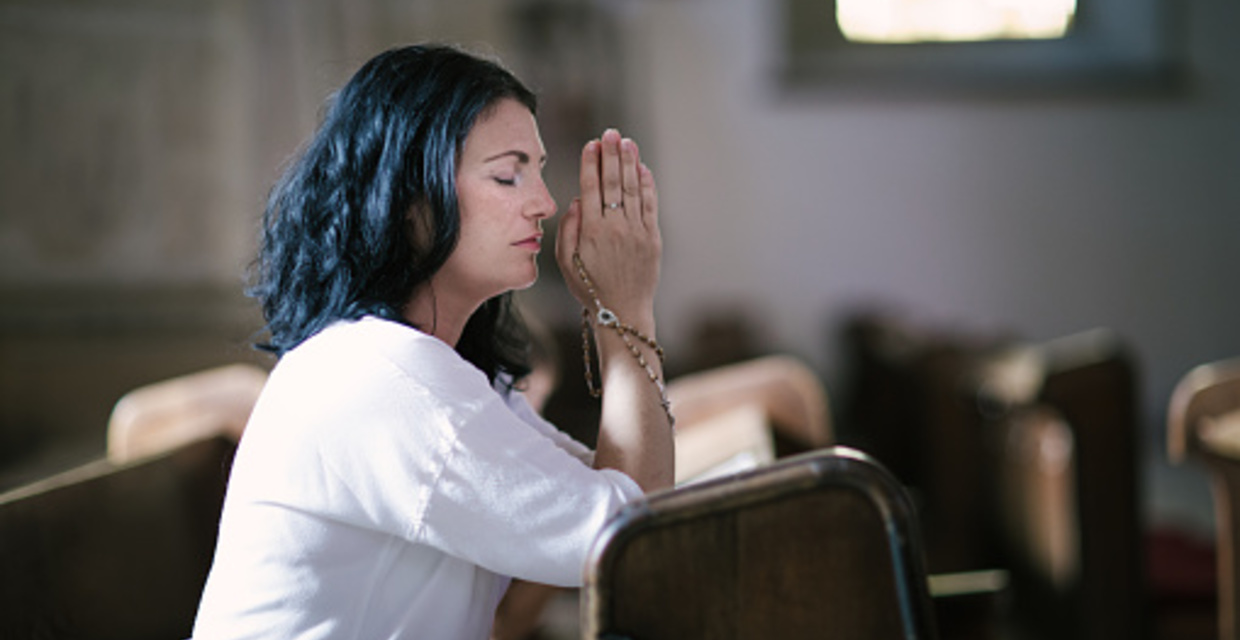 Some religious communities provide a strong support network for survivors during or after domestic abuse … and some do not. While survivors may find solace and religious guidance from their spiritual leaders and their faith community, others may find their religions preaching that separation or divorce are frowned upon or outright forbidden, leaving some survivors feeling trapped.

Domestic violence advocate and educator Julie Owens, who specializes in educating leaders of faith communities about domestic violence, has counseled survivors of many faiths through abuse situations. “I’ve spoken to thousands of Christians, Muslims, Buddhists, Jehovah’s witnesses, Hindus and those of the Jewish faith who were battered. In pretty much every case, the scriptures of their religion had been somehow twisted to convey they should be submissive to their husband.”

Many religions support traditional, sometimes rigid, gender roles, says Owens. “Survivors often hear things like ‘Pray for him,’ ‘God hates divorce,’ ‘It’s your cross to bear,’ or ‘You need to work on your communication skills.’ The focus of the faith leader is often ‘How can we get [the abuser] some help?’”

Yet, this daughter of a pastor says one must understand the context of certain bible verses. “A verse in the Old Testament reads that God says He hates divorce, but that was thousands of years ago when men owned their wives and children. By getting a ‘divorce’ at that time, a man just had to decree it and would throw a woman out of the house without anything — any protection or provisions. And that’s why God was saying He hated it.”

There are a range of reasons why survivors who are part of religious communities may face additional barriers in dealing with domestic abuse. They may have been taught that:

Jeff Citro, licensed social worker and a Massachusetts-based counselor with broad experience in the Christian denominations, agrees with Owens, that survivors in these situations can believe they have no place to turn. “They may feel re-victimized by their [religious] community if their pastor says, ‘You have to endure it. You have to submit to him.’”

So, where to turn? Start here:

Look to the true teachings of your religion. “What is your experience of your faith?” Citro asks. While many religions teach that wives are supposed to submit to their husbands, they also teach that husbands should love their wives. Ask yourself if that’s really happening if abuse is present.

Call your local domestic violence shelter. “It’s hard to do anything when you don’t feel safe,” Citro says. If your church, mosque or synagogue doesn’t offer a place of refuge, find a local domestic violence agency that can help you find a shelter. Ask if they can refer you to a trained advocate who specializes in divinity counseling and who shares or is trained in your particular faith, says Owens. “A DV agency can do a danger assessment and connect you with a support group — even if it’s not faith-based, you can still benefit from that safety information and support.”

Look for spiritual direction. Within your own faith you may want to look to another church, synagogue, mosque or house of worship for guidance. Or you may want to turn to other religious faiths. “Some of my best spiritual direction comes from Buddhism, which teaches that love is love and respect is respect,” Citro says. The Christian group Selah can help you connect with a spiritual director in your state. A group called Spiritual Directors International, or SDI World, can help connect you with spiritual directors in a number of other religions, including Judaism, Buddhism and Islam. You can also try calling the department of theology at a college or university near you.

Spend time both alone and with healthy people. “You need to heal and relax and recover,” Citro says. “You need access to supportive people.”

Try to take care of yourself. Being compassionate with yourself is key to begin the healing process. “Focus on your well being,” says Owens. “You don’t need to step away from your religion as much as you should consider, instead, stepping away from that person who is abusing you, and finding someone who values your health and safety.”