Back Next
Building App
Start your search here for domestic violence programs and shelters near you.
Learn More Got it
Home Articles Human Trafficking Hospitals on the Lookout for Human Trafficking 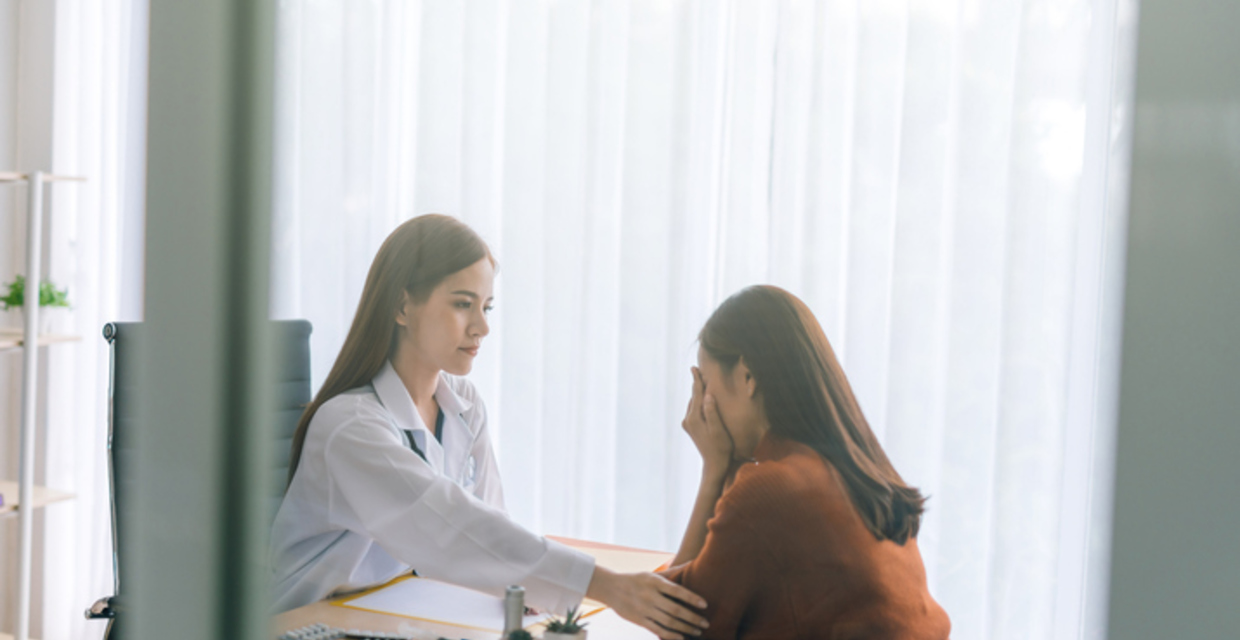 She might appear malnourished, fearful or confused about what city she’s in.

Her body may have signs of torture or physical restraint.

She might have a tattoo indicating she is owned, like a barcode, someone else’s initials or a symbol representing money.

She might be dressed inappropriately for the weather, wearing shorts when there’s snow on the ground.

The person accompanying her, who says she’s her mother, her best friend or her roommate, seems off. The companion is either silent or is controlling and speaks for her. Either way, he or she refuses to leave her side.

These are just some of the red flags that Dignity Health—a network of 40 hospitals spanning Arizona, Nevada and California—is making sure all of their employees can recognize which can indicate a someone may be a victim of human trafficking. It’s all part of their recently launched Human Trafficking Victim Response Program led by Holly Austin Gibbs, a nationally renowned expert on sex trafficking and a survivor of child sex trafficking herself.

Whereas recognizing domestic violence has long been part of the standard training nurses and other personnel receive, human trafficking awareness has only recently seen an uptick, even though the epidemic has sadly been in existence for thousands of years.

Within Dignity Health, everyone from physicians and nurses to custodial staff and security guards will soon be able to recognize and, in best case scenarios, help intervene with human trafficking, possibly saving someone’s life.

Human trafficking is the act of recruiting, transporting, transferring or keeping and receiving an individual against his or her will. Traffickers use violence, deception or exert financial control over victims, trapping them in a lifestyle they have no desire of staying in. Some go so far as to kidnap their victims, grooming them early in childhood to become sex workers. Mostly women, these victims can be as young as preteens, often runaway youth, often times battling a drug addiction.

Other victims are trafficked in labor—these are the agriculture workers and domestic servants typically brought over from other countries, exchanging immigration for exploitive working conditions. They often believe they owe a debt to their trafficker and don’t see their situation as exploitative. They’re typically unaware of their rights, or the fact that they have any rights at all.

Trafficking is often referred to as modern-day slavery. Abuse is common—violence or threats of violence, coercion, degradation and gaslighting, among others, are some of a trafficker’s tactics.

There are an estimated 20.9 million victims of forced labor throughout the world, and out of those, 4.5 million individuals are trapped in forced sexual exploitation, according to the International Labour Organization.

In 2016, the National Human Trafficking Resource Center reported more than 3,600 cases of human trafficking in the U.S., with the highest number of those victims—2,600—forced into sex trafficking.

Petra Stanton is the program director of Dignity Health’s human trafficking program, which began four years ago. The initiative is unique in that few other companies have taken such a systemwide approach—targeting every single employee—in order to respond to human trafficking.

“We’re training our staff to look for red flags. For the majority of staff, that’s all we’re asking them to do. We want them to understand what human trafficking can look like and understand that these are victims, not criminals,” says Stanton.

If spotted, staff alert a social worker or charge nurse, both of whom have extensive training and who can approach the patient. They follow what’s called the PEARR Tool: Provide privacy, educate, ask, respect and respond.

Getting Victims to Trust

It’s challenging to get a suspected human trafficking victim to talk about what he or she is going through, but more so when they arrive to the hospital with a controlling companion, someone who makes sure they don’t talk and that they return to their trafficker in a prompt manner. The key here, says Stanton, is to help the victim by talking to them separately, if only for a minute.

Sometimes that’s done by asking the other person to fill out some forms in the lobby. Or, separating the two when the victim needs to get a test done, like an X-ray, where she must go alone. In one case, Stanton remembers the companion became suspicious, grabbed the girl she had brought in and left.

It’s a violation of HPPA to call the police based just on suspicion—patients have a right to privacy when seeing a doctor. But if there is suspected physical or sexual abuse, staff can report it. However, it’s not always the safest plan for the victim.

Still, staff hope providing information and resources to potential human trafficking victims can give them some light at the end of the tunnel, a possible out should they need it. So far, Dignity Health has identified over 100 cases of human trafficking. They’re just unsure how the victims’ stories have ended.

“We don’t have the ability to see the results. But what we do is plant the seed. We let them know, people care about you and you’re worth it. There’s help available.”

Read the true story of Lee, and how she met her trafficker at just 18 in “Bought and Sold: How One Woman Survived Human Trafficking.”