Back Next
Building App
Start your search here for domestic violence programs and shelters near you.
Learn More Got it
Home Articles Your Voice An Untrue Comparison 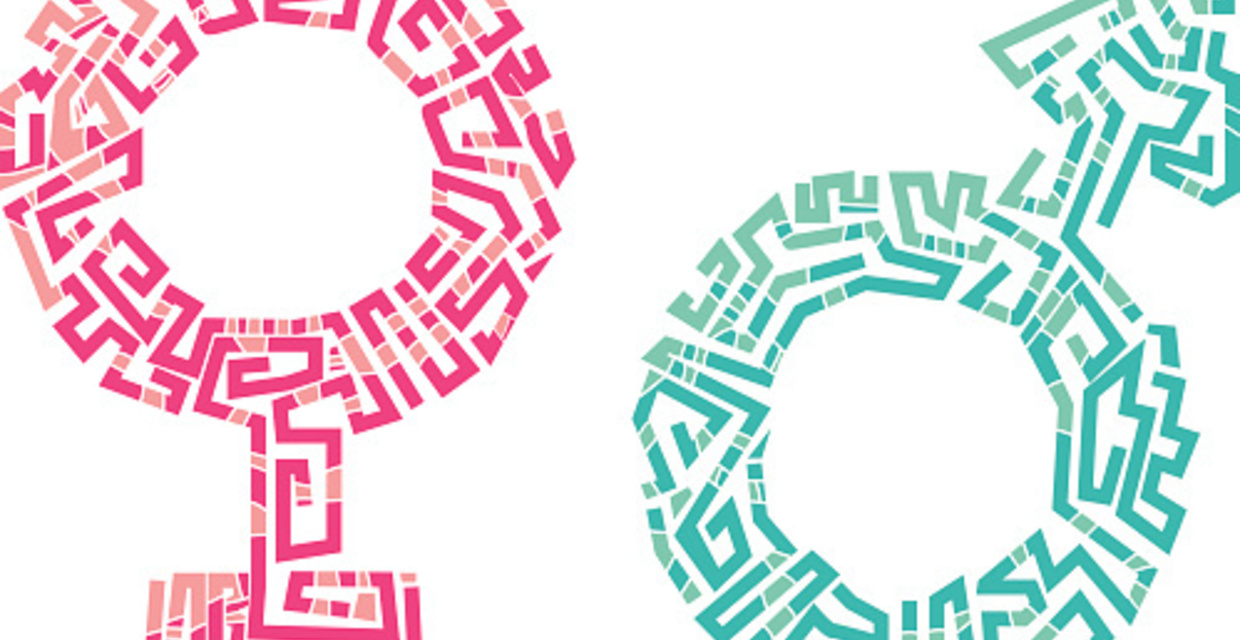 When I was a boy, I learned about the differences between men and women, but it wasn’t until long after I became an adult and worked in the movement to end domestic violence that I started to learn about the differences between how men and women are treated. This is an important part of the context that should be considered when discussing the relative frequency that men and women commit gendered crimes like domestic violence and sexual assault.

Domestic violence and rape are horrific, life-changing crimes that are committed overwhelmingly by men against women, but people and organizations, including those dedicated to preventing this abuse, feel the need to speak as if there was a rough equivalency between men and women. We see language like “him or her” or “the offender” to make sure the rare times when a woman is the aggressor is covered. Certainly men are victims of assaults from their intimate partners and sexual abuse, and the victims deserve support and protection.

Women regularly adjust their routines and deny themselves actions men do not even think about because we can go virtually anywhere without risk of sexual assault. I never thought of this as one of my unearned male privileges until I worked in the movement because, in our society, this is just normal.

When I was in Hawaii to speak at an Institute on Violence, Abuse and Trauma (IVAT) Conference, I attended a workshop by two female professors who presented their research suggesting intimate partner assaults by men and women are about equal. Their government-funded study was based on seeking volunteers from “fathers’ rights” websites and asking how frequently they were assaulted by their female partners. The professors mentioned that most of the time when these male “victims” made reports to the police, no action was taken against their partners. The professors assumed this was because domestic violence against men is not taken seriously. They never considered that the police department, which will never be mistaken for a radical feminist organization, probably investigated the report and there was insufficient evidence to pursue charges.

This is the kind of flawed research that often creates screaming media headlines suggesting a false equivalency between men and women regarding family assaults. Many of the researchers, like these professors, are acting in good faith but do not have an adequate understanding of domestic violence dynamics to understand the context of what they were researching. They did not understand that a large majority of the men involved in a “fathers’ rights” website are themselves abusers and are 16 times more likely to make false reports than women. They didn’t understand that, based on research about batterer narratives, abusers often see their partner’s failure to obey them as provocation so the men’s assaults are considered self-defense or otherwise justified.

A Belief That Abuse is Acceptable

There is a long history of society tolerating and even encouraging what we would now call domestic violence. The first law in the United States about what we would now consider intimate partner violence said husbands shall not beat their wives—on Sunday. There is no equivalent support for wives assaulting or controlling their husbands. This history matters because even though laws have changed, many men continue to believe they are entitled to control and discipline their partners.

In one of the batterer classes I teach, a man proudly said that he was a wonderful husband because he let his wife pick out the furniture. I pointed out that the implication was that he, as the man is entitled to make the decisions but he let his wife make this one decision. The man said I misunderstood and tried to rephrase his statement, but always said the same thing because that was his assumption as it is for many men. The other men in the class started to laugh as they understood and eventually he joined them. In our sexist society it is all too easy for men to be oblivious to their sense of entitlement and male superiority.

Some flawed research is based on counting the hits. On the surface it seems like the men and women are doing the same thing, but the researchers miss the important differences. Men are generally bigger and stronger, hit harder and cause more serious injuries. Men hit women to control them and force them to do what he wants. Generally, women hit men in self-defense, as a way to make their abuser stop his abuse. However, there are exceptions to all of these points.

The bottom line is that many women live in fear of their partners but it is rare for the man to be afraid his female partner will kill or seriously injure him. This is significant because the ACE (Adverse Childhood Experiences) Studies found this fear leads to a lifetime of health and other problems.

I like to use statistics but research about the frequency of domestic violence is extremely problematic. Women seriously underreport abuse and men exaggerate. Statistics about murders are more reliable because there is a body. Looking at statistics about murders, serious injuries or emergency room visits it is easy to see the huge discrepancy between abuse of women and men. I believe it is important to discuss this important issue based on reality instead of a false equivalency because how the issue is discussed effects how society responds to these crimes.

Context is especially important to understand domestic violence custody cases. Most custody cases involve good parents who love their children and so the cases are settled more or less amicably. In most of these cases, the mother received custody because she has always provided most of the childcare. The fathers sacrifice their interests because they love their children. When people claim custody courts favor mothers because mothers most often gain custody, this is what they are referring to.

The problem in the custody court system is with the 3.8 percent of cases that go to trial and often far beyond. Court professionals often call them “high conflict” cases by which they mean the parents are angry at each other and act out in ways that hurt the children. In reality, a large majority are domestic violence cases in which the most dangerous abusers seek to manipulate court professionals to regain control over their victims. The abusers win 69 percent of domestic violence cases, 73 percent of abuse cases and 81 percent of sexual abuse cases. This is why experts understand family courts are strongly biased in favor of (abusive) fathers. This occurs despite research that established mothers make deliberate false reports less than 2% of the time. This means, in a large majority of cases, the courts are forcing children to live with abusers and rapists.

During the twentieth century, 40 states created court-sponsored gender bias committees. Although they used widely varying practices over many years, they found widespread gender bias particularly against female litigants. In custody disputes, mothers were given less credibility, a higher standard of proof and were blamed for the actions of their abusers. New research from Joan Meier confirms the courts continue to tolerate this gender bias.

Repeatedly judges are using high conflict approaches based on the assumption that children need both parents equally. Practices that seek to force the parties to cooperate favor abusers who sought custody to regain access to their victims. The false equivalency between safe, protective mothers and dangerous abusers is belied by the research. Children need their safe parent more than their abusive one and their primary attachment figure more than the other parent.

One common example of gender bias is when courts treat mothers’ emotion or anger out of proportion to what it says about their parenting ability. It is based on the stereotype of the angry or scorned woman. At the same time court professionals judge fathers based on their usually good behavior in court and in public rather than their abusive behavior in the home.

The Meier research demonstrates that courts are strongly influenced by Richard Gardner’s arguably sexist theory that was concocted not from any research but by the beliefs of a man who reportedly supported sex between children and adults. At the same time the courts have been slow to integrate research from the CDC that demonstrates exposure to domestic violence and child abuse is far more harmful than previously understood. They have been slow to use the Saunders’ Study from the National Institute of Justice that demonstrates serious flaws in the knowledge and training of evaluators, lawyers and judges. And the courts failed to enact reforms in response to the 175 child murders that have occurred, at least according to one count, since the early 1990s by fathers involved in contested custody because they believed the tragedy in their community was an exception.

Discussions in the media and elsewhere that support the false equivalency between men and women do more than misinform the public and decision makers. They also serve to hide a dangerous problem and discourage effective solutions. The failure to understand the gendered nature of domestic violence crimes contributes to the more than 1,000 murders of women every year. Millions more women will live shorter lives because of the health consequences from continued exposure to the fear and stress abusers cause. The United States spends over $1 trillion dollars every year to tolerate domestic violence. The Quincy Solution, which is based on proven practices in Quincy, Nashville and San Diego, could save about half of the money and most of the lives but creating the needed reforms is not enough of a priority.

Research like the ACE and Saunders’ studies are incompatible with claims the custody court system is working. The Meier study confirms the outrageous frequency that courts send children to live with dangerous abusers. Every year, dozens of these children are murdered by fathers the courts said were safe. Thousands more will die early from mental illness, drugs, suicide and other risky behavior associated with exposure to ACEs. Millions more will live shorter lives than otherwise expected because of this same exposure. The Safe Child Act is based on current scientific research. Accordingly, it is evidence-based, trauma-informed and multi-disciplinary. The Safe Child Act would make family courts safe for children, but the false equivalency contributes to keeping the real problem hidden.

Editor's Note: This article is part of #YourVoice, an ongoing column published on this website by individual contributors in their own personal capacity and that involves the opinions, recollections and/or information provided by such contributors, and which does not necessarily reflect the official policy or position of this website. Barry Goldstein is a nationally recognized domestic violence author, speaker and advocate. He is the author of five of the leading books about domestic violence and child custody including The Quincy Solution: Stop Domestic Violence and Save $500 Billion. Barry is research director for the Stop Abuse Campaign and co-chair of the child custody task group for NOMAS. He has served as an instructor in an NY Model Batterer Program since 1999 and serves on the Editorial Advisory Group for DomesticShelters.org.