Back Next
Building App
Start your search here for domestic violence programs and shelters near you.
Learn More Got it
Home Articles Childhood Domestic Violence Because of Childhood Adversity, There's Nothing I Can't Do 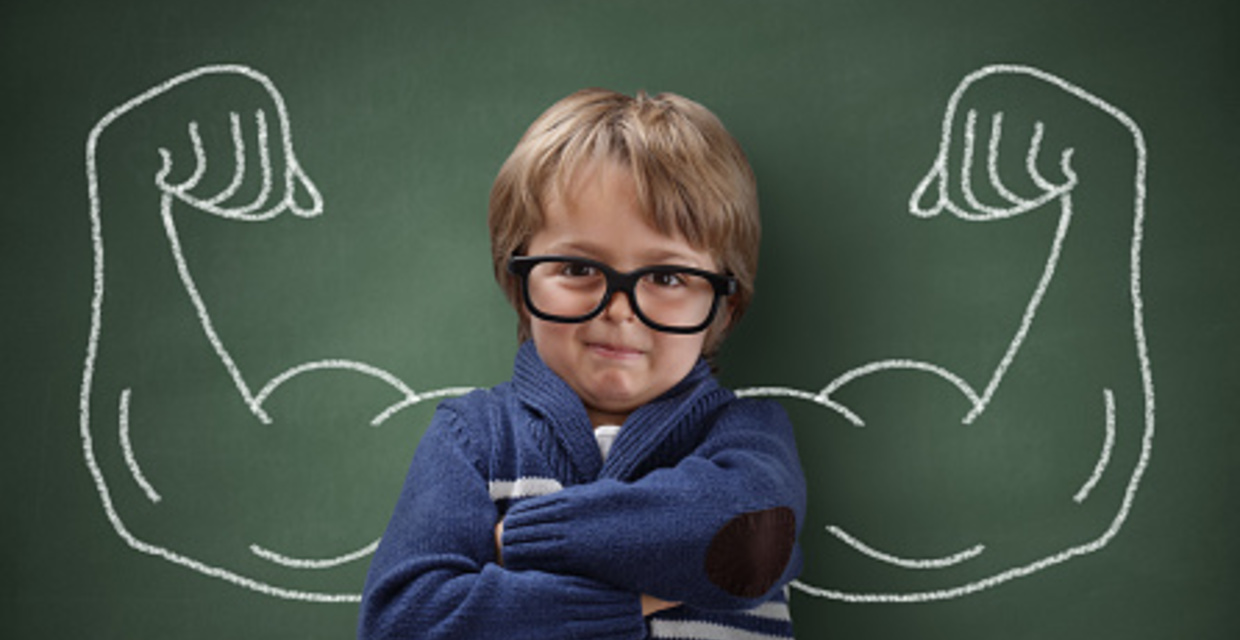 A 16-year-old who grew up experiencing adversity in childhood said the above to Brian Martin several years ago, and he included her story in his book, Invincible: The 10 Lies You Learn Growing Up With Domestic Violence and the Truths to Set You Free.

Thinking about this statement raises an interesting question: Why do so few who experience adversity in childhood believe the same thing that this young woman believes? It is a question that intrigues us both and has brought us to this conclusion: The primary barrier is that most don't connect the adversity they grew up with to the challenges they face today.

For the past 15 years, Kathleen Kendall-Tackett, Ph.D., has been studying the effects of adverse childhood experiences (ACEs) on adult health as she described in her book, Treating the Lifetime Health Effects of Childhood Victimization, 2nd Ed. ACEs describe a wide range of adversities faced in childhood including: childhood physical, sexual and emotional abuse; neglect, both physical, such as growing up without basic physical needs like clean clothes or enough food, and emotional neglect, such as a lack of love or emotional support; parental mental illness; growing up around alcohol and drug abuse; incarceration of a parent, divorce; and childhood domestic violence. Have you experienced any of these?

In Drs. Vincent Felitti and Robert Anda's Adverse Childhood Experiences Study, which included more than 17,000 HMO patients in San Diego, more than half had experienced at least one type of ACE. And of those who experienced one, 90 of them experienced at least two types. The more individuals try to find one cause or reason why their life isn't where they want it to be, the more they must look at the overarching question: Did you experience adversity in childhood?

The Effects Can Continue Into Adulthood

As the ACE study demonstrated, the effects of childhood adversity can continue well into adulthood. From hundreds of recent studies, we know that adverse experiences can affect men and women in five key domains of functioning. They can:

1. Negatively impact your beliefs about yourself or others

Of these negative effects, there is one that drives the other four.

First and foremost, experiencing adversity in childhood wires a developing brain and encodes negative beliefs, such as shame and self-blame. Self-efficacy is another belief that can be influenced by ACEs and it refers to the belief that you are competent and can do things to improve your life.

Unfortunately, ACEs tend to undermine both self-esteem and self-efficacy. This can often lead to challenges with respect to accomplishing the things in life that you believe are important, such as finishing school, getting the job you want, or achieving financial security.

ACEs can also affect your beliefs about other people. It's common for those who experience ACEs to be hostile and mistrusting towards others. You may expect that others will reject you and will be always on the lookout for signs of rejection, even when something neutral occurs (e.g., someone doesn't greet you when they are across a crowded room. They may not have seen you. But you may think they are ignoring you).

As we mentioned above, these negative beliefs can influence the four other domains of functioning which can lead to: health problems, harmful behaviors, relationship challenges and emotional difficulties.

One of the reasons why the ACE Study was so important was because it was the first major study that showed a connection between adversity in childhood and serious adult health problems, such as heart disease, diabetes and cancer. ACEs can interfere with the quality of your sleep, alter your immune system and even make you more susceptible to memory and attention problems. Adults who experienced ACEs tend to go to the doctor more often, have surgery more often and have more chronic conditions than people who didn't.

Chronic pain is another commonly reported symptom among those who experienced ACEs. Traumatic events can also lower the pain threshold, making normal sensations seem painful. ACE survivors are more likely to have irritable bowel syndrome, chronic pelvic pain, frequent headaches and fibromyalgia. They are also more likely to be disabled as adults.

Women with a history of physical or sexual abuse have high rates of type 2 diabetes. In childhood, they often have higher BMIs (body mass index) than their non-abused peers, and they gain weight more easily as adults.

Those who experienced ACEs are also more likely to engage in harmful behaviors ranging from smoking to eating disorders, substance abuse and suicide attempts. In addition, high-risk sexual practices, including unprotected sex, more sexual partners, and having consensual sex at an earlier age, are also more common. ACE survivors might believe that they aren't worth protecting, or they may engage in harmful behaviors, such as abusing substances, as a way to cope with their negative feelings about themselves.

Adult survivors of childhood adversity may also experience difficulties in relationshipswith others. As children, they may be more aggressive and have fewer positive social skills. People who experience ACEs may be socially isolated and feel less satisfied with their current relationships than adults who did not. They often find that, try as they may, they struggle to be good parents, often second-guessing themselves even when their judgment is sound.

On the more extreme end, those who experiences ACEs are at higher risk for partnering with abusive adults. In fact, some of the beliefs about self (e.g., shame and self-blame) are related to increased risk because ACE survivors may feel like they don't deserve any better.

Depression, anxiety disorders and posttraumatic stress disorder (PTSD) are common in ACE survivors. They often believe many lies that Martin discusses in his book Invincible—they believe they are guilty, resentful, sad, alone, angry, hopeless, worthless, fearful, self-conscious and unloved. All these conditions can color the way ACE survivors see the world, lead to dysfunctional behaviors as a way to cope and increase the risk of heart disease and diabetes.

After reading this, you may recognize your own pattern of harmful behaviors, health problems and emotional and relationship difficulties, and the pattern of negative beliefs that underlie all of them. These negative beliefs may be holding you back from being the person you were meant to be, from reaching your full potential.

You've already taken the first step. You're aware of how the adversity you faced in childhood may be impacting your life now, and the lives of those you love. Awareness must come before any change. It's the catalyst. Now that you are aware, the next step is to understand.

As you seek to understand more fully, consider this truth: Adversity faced in childhood is very different than adversity faced as an adult. Imagine, as an adult, having to experience physical, sexual or emotional abuse, extreme poverty, emotional neglect, mental illness, alcohol and drug addiction, incarceration, divorce or domestic violence. These are extraordinary challenges to deal with as an adult.

Now imagine that same person having to deal with them in childhood, without the benefit of an adult brain, without a brain that has been fully formed. Having no physical size or strength. No rights or freedoms. No money or capital. Very few life experiences to draw from. Only a partial education. A child who was raised without having their basic needs met: to feel secure, important and loved.

What Obstacle Can Compare Now That You Are an Adult?

But yet, even with all these obstacles, you faced them and you are here today. It begs the question, "If you faced adversity in childhood and are here today, what obstacles compare now that you are an adult?"

Getting the job you want? Learning to be in control of your thoughts, feelings, and actions? Having the relationship you deserve? Living a healthy lifestyle? These challenges simply don't compare.

And, more precisely, you can now take this action. When you are faced with a challenge today in adulthood, you can remind yourself of the truth, "Because of the adversity you faced in childhood, there is no obstacle you can't overcome."

Why? Because you have already overcome FAR greater obstacles in childhood—a time when you were without the powerful resources that you have now as an adult.

If this makes sense to you, there is a next step which is most key—you must share. You must share for a number of reasons, not the least of which is this: conversation with another helps change the meaning because others can often see the truth that you cannot see.

If you don't want to share with another, share with yourself as a first step. Write a note to yourself answering these questions: What negative beliefs hold me back in life? Is that really me, or is it just something I learned long ago?

Take one of these first steps, in doing so momentum will be created and this one step will lead to another.